With every particle collision in the ALICE experiment, a terabyte of data per second is generated for analysis. But not all of it is essential information. David Reuben Grech speaks to Dr Gianluca Valentino and Dr Johann A. Briffa about their work in separating the wheat from the chaff and removing noise from two of ALICE’s 18 subdetectors.

Society is built on curiosity; the drive to find answers to life’s abounding questions. This curiosity continues to fuel our brightest minds today. Cassi Camilleri talks to ALICE experiment leader Prof. Paolo Giubellino about his work at CERN and how it impacts our daily lives.

Physicist Dr Giacinto De Cataldo (Head of the HMPID detector) got in touch with Gatt and Casha to work on two microelectronics projects for CERN. Their first project was the O2 Project—a series of upgrades for the ALICE experiment. One of upgrades focuses on improving the Ring-Imaging Cherenkov detector (RICH), found in the HMPID detector, a device that identifies the type of electrically charged particles being emitted by the detector. The second project is the implementation of a Remotely Configurable L0 Trigger Fan-out Module for the ALICE Detector. It involves the clocking management of the ALICE detector with high precision. This research could also be used in consumer telecommunication systems, improving radio frequency circuits’ performance. Finally, Gatt is researching how to improve chip designs used to detect physical phenomena from particle collisions with the aim of making them more intelligent and power-efficient.

“My summer experience at CERN was remarkable. The sharing of knowledge among students and researchers was the highlight of the trip. During the openlab programme we attended lectures about security, machine learning, computer hardware, software optimisation and lots more, many of which are topics not covered at our home university. We also played a role in the ALICE experiment and I worked on my project alongside top notch computer scientists. Another positive aspect of the programme were the various trips to companies and universities in Switzerland. Being able to say that I have worked at CERN is something I will value throughout my career.”

ʻThe months spent at CERN for the summer student internship programme were not only an invaluable experience, but also an insight to future potential careers for my colleagues and I. Based within the HMPID detector of the ALICE experiment, we had a six-week lecture program focused on the fundamental properties of nature. The bulk of the work we were involved in centred on implementing programming languages to process raw data from collisions into useful knowledge. Geneva provided a change of pace for us that was conducive to both hard work and extra curricular activities. Travelling across borders, visiting main projects and control centres at CERN, while also socialising with students from all over the globe, made it an all-encompassing experience not easily matched.ʼ

The HMPID takes snapshots of the faint patterns generated by the high-energy collisions, passing this information through the RICH electronics module which cleans and transforms it for analysis. Magri is working to optimise the electronic circuits and control boards to improve how data is handled. So far, he has manipulated computer processes to create parallelism, allowing for processes that previously happened one after the other to occur simultaneously. He also used high-throughput interconnects, which, when coupled with parallelism, are expected to increase data collection tenfold. Magri’s work will be combined with that of other researchers and integrated by 2020 in order to improve the detector’s accuracy, potentially revealing building blocks of matter that might have yet to be seen. 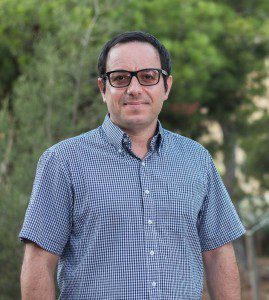 Working in close collaboration with Magri, Seguna is developing novel electronic circuitry for the CPV and HMPID detectors, that will boost the speed at which collisions are read, going from 4 kHz to 50 kHz, the speed at which the beams interact: true real time. Seguna’s research will be taken on at CERN between 2020–2023.

A magnificent feat of engineering, the LHC goes where no other machine has gone before.

The European Organisation for Nuclear Research—CERN—is synonymous with the world’s brightest minds, cutting-edge research and groundbreaking discoveries. Lars Lorenz interviews Dr Kevin Vella (Faculty of ICT) about the University of Malta’s involvement at CERN and its game-changing tech contribution to the ALICE experiment.