Society is built on curiosity; the drive to find answers to life’s abounding questions. This curiosity continues to fuel our brightest minds today. Cassi Camilleri talks to ALICE experiment leader Prof. Paolo Giubellino about his work at CERN and how it impacts our daily lives.

A round 13.82 billion years ago, everything changed. The Big Bang happened and the universe as we know it came to life. Now scientists at CERN want to recreate the conditions a few moments after this phenomenon to understand what we are all made up of. With the aid of the Large Hadron Collider (LHC), an extraordinary machine that has made the facility a household name worldwide, they have succeeded in creating what is believed to be the first form of matter in the universe—the quark-gluon plasma. 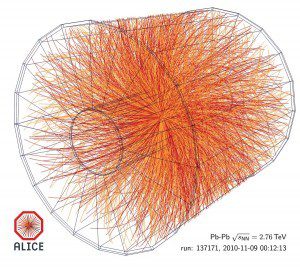 CERN’s quest to understand matter has brought to light major discoveries that have changed our understanding of the world. However, there is so much that remains a mystery. Trying to unlock those secrets is Prof. Paolo Giubellino, world famous experimental particle physicist and leader of the ALICE experiment at CERN.

With ALICE, Giubellino says, ‘we are studying the properties of matter as it was in the first few millionths of a second of the universe. Understanding this is the key to understanding some of the fundamental aspects of the evolution of our universe.’ He explains that, while it may be known that protons are made of three quarks (subatomic particles), we have yet to determine why protons weigh 100 times more than their quark building blocks. Where does this mass come from?

There is a huge gap between ‘the soup of quarks’, as Giubellino describes it, and the formation of ‘all the particles that form our life and universe.’ This gap is what we need to break down and this is what the ALICE experiment is all about.

“Scientific discoveries may take decades to develop into something useful but

they get there eventually.“ 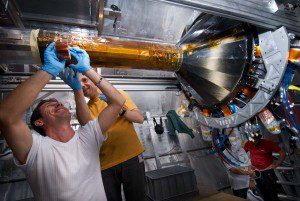 It all began in 1989. At the time, the 27 km tunnel that would eventually house the LHC had just been dug out. Inspired by the LHC’s potential a group of scientists, Giubellino included, discussed the possibility of accelerating heavy ions. Up until then, acceleration was planned to be carried out with protons. ‘The heavy ions,’ he said, ‘would create bigger, hotter droplets of matter in the collisions that would potentially reveal the properties of matter in the primordial universe.’ On their own steam, the group began working on preliminary studies and conceptual work, fleshing out their ideas and legitimising their potential.

In October 1990, things took a turn. At the Large Hadron Collider workshop in Germany, support for this new experiment with heavy ions began to rally. ‘After this, people started meeting up regularly to build the proposal.’ All the work culminated in the expression of interest submitted in 1992. This was just the beginning. Going through the various committees involved was the ‘toughest part of the process,’ Giubellino says. He and his colleagues had a tall order to fill before making any step forward in their project: scientific approval, confirmation from CERN, attracting enough funding… ‘It took about ten years to establish everything and start construction of the experiments. This was 2002.’ 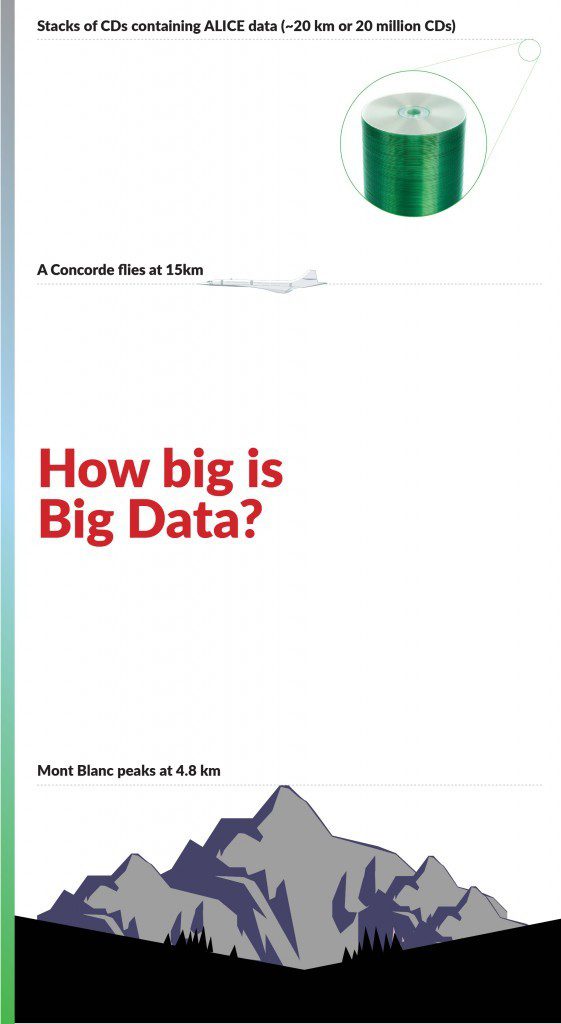 ALICE has been in operation since 2010, achieving spectacular results. Thanks to the massive acceleration generated by the LHC, the number of particles produced in the collisions with heavy ions is much higher. The system created at the LHC has a much higher energy density compared to other systems. The collisions it creates are hotter, last longer, and expand to a larger size than other particle accelerators. The LHC more accurately represents the moments after the Big Bang—a massive achievement.

Now, while there are many more theoretical breakthroughs to speak about, some question the relevance of all this to everyday life. Giubellino’s answer is as honest as they come, ‘it doesn’t change people’s lives. Not directly.’

However, when asked why the work is being done, his personal and professional philosophies are clear. ‘[Our work] is an unavoidable part of human nature. Humans are curious and that is what has driven us to build a civilisation. When we see something that we don’t know, we don’t ask ourselves if it is useful or not. We just want to see what it is about.’

CERN has led to many benefits for humanity. ‘New technologies are constantly being developed for various experiments,’ says Giubellino,‘many of which have very direct application in day-to-day life, particularly in medicine. Most new technologies, from X-rays to new therapies with particle beams, were developed from advancements we made to improve experiments. These were immediately translated into imaging devices for medical diagnostics,’ he states. Antimatter is used daily in every hospital all over the world for things like PET scans (Positron Emission Tomography), for example. ‘Scientific discoveries may take decades to develop into something useful but they get there eventually,’ says Giubellino.

“[Our work] is an unavoidable part of human nature. Humans are curious and that is what has driven us to build a civilization. When we see something that we don’t know, we don’t ask ourselves if it is useful or not. We just want to see what it is about.“

This sense of perspective was difficult to communicate at times. Giubellino quotes the successful extension of the ALICE experiment, known as the ALICE Upgrade, to be among his proudest moments. The upgrade involves major technological developments which will allow the team to ‘film’ the collisions occurring within the LHC. The moving image is expected to bring to light data which would have been missed when recording the collisions through static images. At first, hefty objections were raised against the proposal. ‘Many [saw] our field of work as an intruder at CERN.’ However, the ALICE scientists managed to convince them of the project’s value, and the experiment is now being implemented as a top priority.

The journey has been long and arduous for Giubellino and the ALICE team. From 20 scientists, ALICE has grown over 26 years to now encompass over 1,500. With no legal structure holding them together, everyone continues to collaborate, all the while bringing in their own resources, trusting that they will be respected and valued. And they clearly are. Propelled by the keen curiosity that brought them together all the way back in 1989, they continue to venture into uncharted territory, changing the world as they go. ‘What we have achieved here is unique,’ says Giubellino, and we at THINK could not agree more.