What would you do if you were stripped of your words? If speech simply didn’t come to you? Sylvan Abela writes about MaltAAC, an Augmentative and Alternative Communication App for the Maltese Language.

While speech development starts early in life, the course of acquiring and processing language in a bilingual country like Malta is challenging. Engineers and language experts at the University of Malta have teamed up to build a toy that will help children overcome that hurdle. Words by Emanuel Balzan.

Toys and play are critical in children’s lives. It is through play that children learn how to interact with their environment and other people while developing their cognitive, speech, language, and physical skills.

The way children play reveals many things including whether or not they are hitting particular development milestones. Play is also used by professionals who intervene when those skills are not acquired. Speech and language pathologists (SLP) use toys to tailor tasks based on their objectives for the child, determined following their assessment. For this reason, toys are vital tools.

With technology moving at the rate it is, electronic components are easier and cheaper to access. As a result, a lot of smart, educational toys are now available on the market. However, Dr Ing. Philip Farrugia (Department of Industrial and Manufacturing Engineering, Faculty of Engineering, UM) honed in on a gap in the market—a smart toy that supports English and Maltese.

To make this happen, Farrugia recruited a team of researchers from the university. Engineers Prof. Simon Fabri and Dr Owen Casha joined the effort. Researchers Prof. Helen Grech and Dr Daniela Gatt brought their expertise in speech and language acquisition and disorders. The team was finally complete when game development company Flying Squirrel Games stepped into the picture.

Getting down to business

The SPEECHIE project is divided into three stages. During the first phase, we sought to understand the process of speech and language acquisition, assessment, and therapy. We involved users through workshops that allowed us to observe children’s play and their toy preferences. We also conducted focus groups with parents to identify what they most wanted from toys. During these sessions, one parent noted how ‘there are not any [educational] toys in Maltese our little ones can play and interact with.’ Others agreed with this observation. Parents also raised concerns about children’s attraction to tablets and smartphones, noting how they interfered with social interaction. On the tail end of this discussion, one parent quickly added that ‘the toy must have something to make it feel like a toy and not a gadget.’ 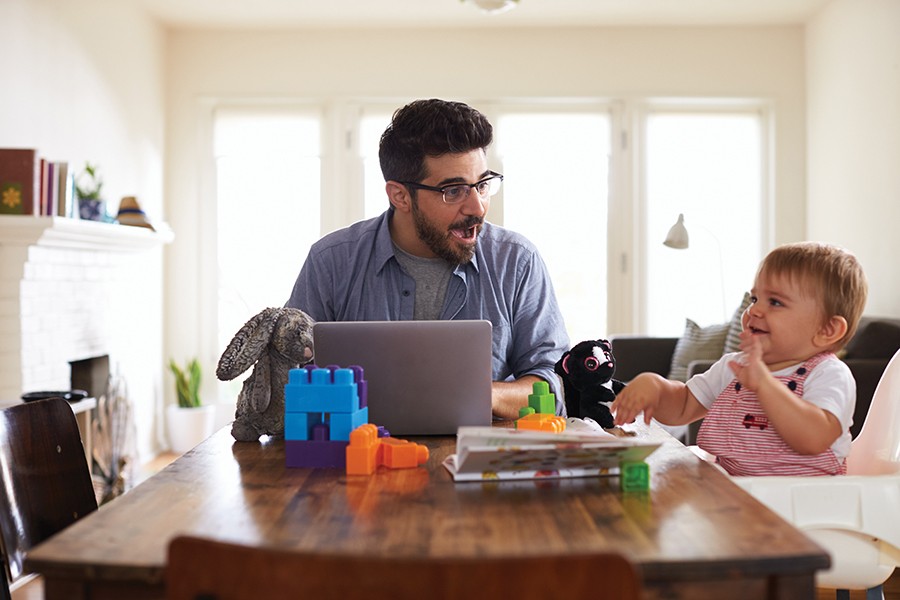 With further questioning, we also came to realise that different parents have different criteria when deciding to buy a toy. One parent told us that before buying a toy for her daughter, she would ‘try to see for how long she will play with it and what the toy will give her in return.’ Another parent, concerned about toys’ safety, checks for the CE mark (Conformité Européene) prior to purchasing the toy, saying that he associates the mark with better quality. However, he also confessed that ‘in the hands of children, nothing remains of quality. Give them something which is unbreakable and they will manage to break it in one way or another.’

Since our toy is intended for use in speech therapy, we went ahead and organised more focus groups with SLPs. Outlining the role of toys in their clinics, SLPs said ‘[they] are normally used as a reward. If you know that this child likes blocks, then you use them to motivate the child.’ Toys are also used as part of the language tasks SLPs give. ‘We use objects to put a grammatical structure in a sentence. Many times you find something that represents a noun, a verb, an object and then put them together’ to model the appropriate sentence construction. This prolific use of toys, however, brings with it a very practical problem. One SLP explained how challenging things can get on a day-to-day basis due to the lack of multipurpose toys. ‘We are always carrying toys… we are always carrying things around with us. Even our cars… it is like I have ten kids,’ she said.

To address this issue, SLPs emphasised how useful it would be to have a flexible toy with multiple functions. One that does not bore children and which they can use to target different speech and language therapy goals. They also drew our attention to a prevalent but damaging mentality that they are trying to address. ‘Unfortunately, the majority of Maltese parents have a mentality that the more money they spend and the more therapy sessions for their children, the sooner the problem is alleviated, but in reality this is not true. The work needs to continue at home on a daily basis. It is not solely our responsibility,’ the SLP said. Much like when we practice daily to learn to play an instrument, speech and language therapy works the same way.

Sharon Borg, an experienced occupational therapist from the government’s Access to Communication and Technology Unit, said that the toy we had in mind could provide a simple way for parents to engage with their children and work at home on related exercises. Borg’s colleague, Ms May Agius, also noted the need for the toy to offer ‘surprises’, saying that ‘anticipation and elements of surprise draw kids and keep them engaged.’

Here we have only touched the surface of all the ideas brought forth. However, by considering the children’s, therapists’, and parents’ needs early in the engineering design process, we should be able to reduce the number of design iterations we have in future.

Design is key. Based on the feedback from the focus groups, we have now started working on the hardware and the software. But the journey is not straightforward. One issue we needed to deal with was the lack of compatibility between the 3D modelling software Flying Squirrel Games used and the technology used by the UM. From an academic point of view, because of the innovative nature of the toy we are making, we needed flexibility, so we modified Flying Squirrel’s virtual model to add different mechanisms which involve moving parts. These alterations now allow us to create support to fix electronic components within the device and ensure that no moving part is impeded by another part. As a result, assembly is much easier.

We have also made the decision to build SPEECHIE software using modular blocks. This will enable us to switch parts and functions around so we can widen the idea of who might enjoy our product. The toy will not only be of use to children with speech and language impairments, but also to others. This approach was inspired by a meeting with behavioural economist Dr Marie Briguglio who warned us that labelling the toy could be stigmatising. She explained that it should not become ‘an isolated toy which kind of becomes a label: because I have this toy, that means I have speech impairment.’

Despite the aversion some parents felt towards technological devices, as said during focus groups, Borg also encouraged us not to shy away from using them. She said children with autism responded very well to technology, and therapists will make the best choice for the child to improve their skills. To hit a sweet spot in between these views, we are incorporating functions that will allow for a kinesthetic learning experience that involves physical activities rather than passive consumption of instructions. We want to mix different modes of play to encourage effective learning. We do not want kids to sit and watch their toy, but to move around, dance, and sing with other children.

With all of these choices under our belt, we now have a working prototype. But the SPEECHIE toy is not yet complete. In fact, the coming months will see us working on the mechanisms and the interfacing of electronics.

Towards the end of the year, we will start putting the toy into preschoolers’ hands to determine its effectiveness and efficiency in regard to speech and language therapy. To do this, we will compare the progress of children who use SPEECHIE with those who only use traditional SLP methods.

What we hope is that this toy will encourage parent-and-child interaction through play. We want to enable more frequent use of both Maltese and English and allow children to be safely exposed to technology and to a fantastic learning experience—all while having a ball.

Note: We are excited to share these insights about SPEECHIE with the public, and if you would be interested in joining on this journey by participating in the evaluations, get in touch here: speechie-web@um.edu.mt

This research is financed by the Malta Council for Science and Technology (MCST) through the FUSION Technology Development Programme 2016 (R&I-2015-042-T).

Stick to one language! Was the old maxim. Otherwise, you’ll risk confusing your kids and they will never learn to speak properly. Research by Prof. Helen Grech and her team shows that this is not true: bilinguals usually do better. Teaching your child two languages at a go might delay them initially but helps them in the long run.  Words by Dr Edward Duca.