Stick to one language! Was the old maxim. Otherwise, you’ll risk confusing your kids and they will never learn to speak properly. Research by Prof. Helen Grech and her team shows that this is not true: bilinguals usually do better. Teaching your child two languages at a go might delay them initially but helps them in the long run.  Words by Dr Edward Duca.

The world has globalised. Over one billion people speak English; for most English is not a first language. They are multilingual. Before Independence, Malta was a British colony for nearly 200 years. Its legacy? Most Maltese locals are bilingual speaking both English and Maltese to various extents, even when stoically denied. Post-colonial Malta is a unique melting pot.

In the 1980s, speech language therapy started being professionalised. Their situation? All assessment tools were based on British or American language models, standardised on children from these countries. They were trying to assess Maltese children without having the right tools. It was like trying to build a house with sand.

“We didn’t have anything”, said speech-language pathologist Prof. Helen Grech (Department of Communication Therapy, University of Malta). They had to start from scratch so they ran some pilot studies to find the best model to identify speech defects in Maltese children. A speech language pathologist “wants to know if the child [s/he is treating] is developing typically or has a disorder”, said Prof. Grech, and they want to identify it quickly. Otherwise, they would be wasting the clients’ and parents’ time.

To build the right tools, Prof. Helen Grech and her team (University of Malta), in collaboration with Prof. Barbara Dodd (City University, London) and Prof. Sue Franklin (University of Limerick, Ireland) adapted British speech assessment models. Not an easy task considering that Maltese is derived from Semitic languages (from the Arab region) and has very different structures to English. For example when compared to English, Maltese words are written as they sound as long as you learn a few rules. The language also has more consonants and the word structure is more complicated. Maltese has many sounds (phonemes) that are not part of English. Many other differences exist. 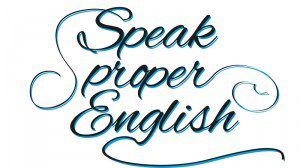 After a pilot study, they came up with a much shorter test that only took 45 minutes. It was successfully used on a large number of Maltese children from two to six years of age. The children can be assessed in either language, which makes the therapist’s life much easier, the child happier, and identifies if the children have problems in their speech or language.

Malta proves to be the perfect experiment. “By three years of age [most Maltese children] are exposed to both languages […] there are children who from day one are exposed to both languages”, said Prof. Grech. Uniquely, this applies to over 80% of the population. “We conducted research which could enlighten or encourage research for other language pairs and culture.”

” Before these models were developed, a speech language pathologist may have thought that a child needed treatment when instead they were just bilingual.”

When I was born in the 1980s, my mother was told to stick to one language at home. The fear was that if I heard two languages at the same time I would mix the two and speak neither properly. Speaking two or three languages at home confuses your child; they might end up with a problematic pidgin language.

In Maltese children, Prof. Grech found the opposite in studies she lead. “We have enough data to claim that if you bring up your child in a bilingual [environment] this will eventually be beneficial. […] For speech sound development (the sounds children make when vocalising specific letters)
there appears to be an apparent [developmental] delay, but by three and a half years, bilingual children […] not only catch up but do better.”

For other aspects of language development, speaking one or more languages does not seem to make a difference. Children should be encouraged to learn more than one language. At the end of the day, speaking several languages can enrich an individual’s life and bump up their job opportunities.

Before these models were developed, a speech language pathologist may have thought that a child needed treatment when instead they were just bilingual. All children substitute sounds up to certain ages. A bilingual child would be processing sounds in a different way, they would be “processing two different languages with two different structures”, which leads to different error patterns, explained Prof. Grech. For example, “[a monolingual child] might say tat instead of cat, a bilingual child might say it differently”. A bilingual child can also transfer words from one language to another, or switch between languages. No need to worry, “they are just processing. Children are very flexible and often, very early on, […] they will address the speaker depending on their language and the context”.

The picture is more complicated than it seems. British, Maltese, and bilingual children all have different error patterns. The glides is an error pattern where “r and w are substituted by a j — ruler becomes juje, rubber become wubber. Instead Maltese children may lateralise it — they say liga instead of riga, […] or label instead of ragel. […] Bilingual children have different error patterns because of the influence of the two languages”, explained Prof. Grech. So Maltese children can have errors unique to the Maltese language and other errors because they are bilingual. Which is why speech therapists need these models and why they have taken over six years of research to develop.

Speech therapists need to identify the different errors of children depending on language. “If an English speaking child is saying wubber instead of rubber, up to seven years of age, [then it] is a developmental [problem] so doesn’t need treatment. If an English child says lubber then that would be unusual and treated, for a Maltese [child] it is not unusual”, clarified Prof. Grech. Maltese and English children develop at different rates. “In Maltese children the r stabilises earlier than in English children, […] by four years our children have mastered full adult phonology”, or the structure of sounds behind spoken words. If a Maltese child is not treated by this age it could become a big problem. “There are a lot of clinical implications” for these studies and for Malta, emphasised Prof. Grech. Maltese and English monolinguals, and bilinguals need to be assessed with models standardised to their abilities — anything else is misleading.

The big question: is teaching your child more than one language good or bad? Mounting evidence nods towards good. Twelve-month old bilingual infants have shown a greater flexibility when learning the structure of speech. The infants learnt information more efficiently. Bilingual children are more flexibile in higher levels of thought and divergent thinking. Later in life bilinguals also have the edge. A study on bilingual seniors aged 60 to 68 showed that their brains were more flexible than monolinguals. “Bilingual seniors use their brains more efficiently than monolingual seniors”, said Dr Brian Gold (University of Kentucky). Bilinguals also suffer from less dementia. Bilingualism is good. Good news for Malta.

What is going on?

“We are not doing a favour to our brain by exposing it to only one language.”

By hearing and speaking more than one language the brain must be developing differently. But why? Theories abound and this is where it gets hazy. Studies have shown a higher neural density in certain parts of the brain. Other studies show that different neural activity and brain areas are used in monolinguals and bilinguals speaking the same language. These studies all suggest a different brain structure.

According to Prof. Grech, “Exposure to more than one language is making their [bilingual] brain work harder. […] Once they sort it out, they actually get better, making their brain work really fast — it’s very beneficial.” For Maltese bilingual children, by three and a half they surpass monolinguals in speech development. Her team’s research suggests that the majority of Maltese children could start life a step ahead of other children. Not only can they speak more than one language but could have improved brain development for the rest of their lives.

Obviously, these conclusions are extrapolations and need proper studies to figure out. Prof Grech thinks that, “it’s all to do with how we process language. A child who is exposed to two different systems will have to eventually sort it out. Our brain has the capacity, [normally] we were not using its full capacity. We are not doing a favour to our brain by exposing it to only one language. Initially, the brain might be overwhelmed, […] but the children will eventually sort out the different structures”.

Breaking from the past

The beauty of this tool is that other countries can adapt it. Prof. Grech and her team regularly collaborate or present at EU conferences. European practitioners are using locally developed tools and templates and adapting them to their own country. 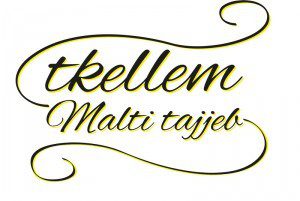 The Maltese studies show that our children share error patterns with Arabic speaking children. Traditionally, “we used to compare our children with British children but our children have different error patterns” in language development, explains Prof. Grech. She also receives requests for this model from Middle Eastern therapists.

The models Prof. Grech, her team, and collaborators have made are nearing maturation. They are looking for ways to spread their tools to any speech language therapist. They want to make a manual available for all.

These studies have wider social implications. Bilingualism and multilingualism are being seen as good for the brain — a case for teaching minority languages. For many years, these languages have been suppressed in the world’s colonial past, China, Burma, and many other countries. These studies call for a change. More than half of the world is multilingual: perhaps this is a great reason to uncork the champagne and celebrate Malta’s unique cultural melting pot, while embracing other cultures. Peace and Love.