What Do You Need to Setup An Indie Gaming Community?

Games are a multi-billion-dollar industry. The rising stars are from the new indie game developer communities, with each company built on the creative ideas of a few individuals. Rami Ismail is one of the co-founders of Vlambeer, a Dutch indie gaming studio. He spoke to THINK magazine about how Malta can develop a thriving indie gaming community.

Ismail thinks that there is a division between game developers and academics. Both large and small game studios could benefit from a greater amount of discussion between them that could help launch and support indie studios. Another gap exists between the large AAA, or Triple-A, and small indie game developer communities. Figuring out how to link the two exchanging ideas and their expertise could benefit everyone. Malta has a young gaming community, though one which is growing in size. A method of instigating development is to have determined individuals set on pushing the indie community forward. 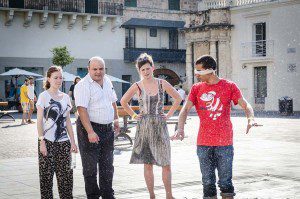 Ismail focuses on the division between academics and designers in the gaming industry. The two areas have a long-standing tradition of poor communication; the job descriptions are also very different. According to Ismail, an example of the division is when a developer makes a game about a topic that an academic previously wrote about and it does not match with the academic’s vision. A greater connection between the two could see academics writing about some novel trends observed by the designers. As a result, the academic’s work could inspire the designers for some new, original game ideas. Now, how can such a target be reached? Ismail explains that the academics are lagging behind industry. While the distance allows them to see the larger context of the industry, there needs to be a faster form of feedback. The academic’s work needs to reach industry more efficiently.

Speaking about the gap between large game studios and smaller indie ones, Ismail sees employability as an issue. Large studios have the upper hand, managing to attract the people they want, while smaller communities are struggling to build up the right knowledge and skillset. An investment towards building networks of small communities would help developers get together and pool the right resources. This would need financial support but, most importantly, someone to do it. Starting a community takes up a lot of time and is unchartered territory. However, on the plus side, with Malta’s little indie community, only a small group of people with a small investment would be needed to start a studio for developers to meet and work together. All that is needed is a determined individual with an idea and a small start-up fund. 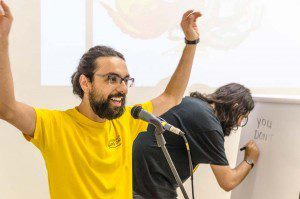 When Ismail visited Malta, he noticed the beginnings of what could potentially be a success story. However, for there to be commercial success, more connections need to be built between Malta’s community and the rest of the international gaming scene. In that way, there could be a flow of money and contacts to get the community going. Once some people start going to more industry events (conferences or conventions for developers), they can start bringing back that knowledge and experience necessary to help this young community grow.

Ismail did not enter game development by becoming a gamer. Instead of playing games, Ismail started by tinkering with them and figuring out how to change them. Only after this did he obtain a degree in game design. A similar mindset could really help Malta’s indie community, whose members are bursting with original ideas and are willing to step out of their comfort zone. By building a strong network between academics and developers, a bridge between large game studios and up-and-coming designers, and with enthusiastic individuals to help start up an indie studio, a Malta-grown success story could be in the making. Malta’s size helps in overcoming barriers with the right support going a long way; the chances of the Maltese indie gaming community growing are pretty bright.

Rami Ismail gave the Keynote speech at the Mediterranean Game Jam organised by the Institute of Digital Games (University of Malta). Joseph Aldape is a Michigan Tech (USA) student who, this summer, undertook the Pavlis programme in Malta.