Europe has a dream: a single European sky. By unifying its air traffic it wants to clean up its skies and make them safer. To find out how Dr Sedeer El-Showk interviewed researchers at the University of Malta

Every day around 30,000 aircraft take to Europe’s skies. Choreographing this airborne dance is daunting. At the moment, it is orchestrated by the disparate air traffic management systems of each European country, with control handed over at border crossings. The aeronautics research team at the University of Malta is part of an ambitious EU project to change that by establishing a single European sky, enabling EU air traffic controllers to manage increasing amounts of traffic with greater safety, lower costs, and a reduced environmental impact.

A passion for flight

Ask Prof. Ing. David Zammit-Mangion (Department of Electronic Systems Engineering, UoM) what he loves and he will reply, ‘anything that flies’. He has come a long way since his childhood dreams of flight, when he would build model aeroplanes and scamper over fences to photograph real ones. Now he leads a major research team with an important role in Clean Sky, the EU’s €1.6 billion flagship project which aims to reduce the environmental impact of air transport.

The enthusiasm for flying never left Zammit-Mangion. As an adult, he eventually took to the skies himself, learning to fly during his doctoral research at Cranfield University in the UK, where he designed a cockpit instrument to monitor the take-off performance of aircraft. ‘My dream was to twin my passion with my profession,’ he said. It is a formula that has worked. Zammit-Mangion’s familiarity with commercial operations, safety procedures, and aircraft equipment has given his research an edge by enabling him to quickly estimate the cost and feasibility of different approaches. ‘When it comes to addressing problems, you need to have a very broad understanding of the whole industry,’ he says, and his hands-on industrial experience and hours logged in the cockpit have proven invaluable. Clean Sky is central to meeting the environmental goals embedded in the vision of a unified European sky. Launched in 2008, its goal is to reduce the excess noise and greenhouse gas emissions created by aeroplanes. Air transport is responsible for around 2% of global carbon dioxide (CO2) emissions, but traffic is expected to more than double by 2030. By improving air traffic management (ATM) and aircraft technology, the 600-member Clean Sky project aims to ensure that emissions increase at a slower rate than demand.

Aeroplanes currently follow flight paths through set air corridors, which can make routes unnecessarily long. They also may have to climb or descend in stages and wait in a holding pattern at their destination. These inefficient practices increase the amount of fuel used, leading to higher costs and greater greenhouse gas emissions. Each kilogram of jet fuel burned releases roughly three kilograms of CO2 into the atmosphere, along with other greenhouse gases like nitrogen oxides. This happens high in the atmosphere, where these gases end up taking part in a variety of physical and chemical processes that cause them to have a greater environmental impact than they would closer to the ground. Given that many airliners burn around 50 kg of fuel per minute, even relatively small optimisations can have a significant impact.

“Each kilogram of jet fuel burned releases three kilograms of CO2 into the atmosphere, along with other greenhouse gases like nitrogen oxides”

Improving air travel routes is not a simple task. It is what engineers call a ‘multi-criterion, multi-parameter problem’. In other words, you have to balance lots of factors, like the type and mass of the aeroplane, weather conditions, route limitations, and air traffic control constraints. At the same time, you need to maximise performance on different objectives such as fuel use, flight time, and environmental impact. Zammit-Mangion describes it as ‘a very complex mathematical problem’. That sort of complexity might sound like a nightmare to most people, but it is just the sort of thing Ing. Kenneth Chircop thrives on. ‘My real love is for engineering mathematics,’ said Chircop. He studied engineering for his degree, but then his passion for mathematical challenges drove him to join the aeronautics research team. ‘At the end of the day, I wanted to do something heavy in mathematics again.’ As their contribution to Clean Sky, the team developed a software package called Green Aircraft Trajectories under ATM Constraints (GATAC) to help optimise flight routes. Instead of just performing a single optimisation, GATAC provides an optimisation framework which aircraft operators can use with their own models. By plugging in models of aircraft and engine performance, emissions levels, noise production, and so on, users can work out optimal air travel trajectories to match their constraints and conditions. The core software developed at UoM incorporates various models from different research partners, but users are also free to plug in their own models. Aircraft manufacturer Airbus uses GATAC with its own proprietary models. ‘It’s great to see that foreign partners look at us as equals,’ said Chircop. ‘They trust us to develop state-of-the-art technology. We have delivered, and they trust us to keep delivering. We’re really proud of that; it’s what makes us tick and want to do more.’

This work has brought more than just international recognition to Malta; the country will also enjoy practical benefits. Kenneth Chircop is spear-heading Clean Flight — a national research project financed by the Malta Council for Science and Technology’s national research and innovation programme 2011 — to apply the lessons from Clean Sky to Maltese airspace. ‘Our impact on the national scene can be remarkable,’ said Chircop, describing the gains to be made by optimising the arrival and departure routes aeroplanes use at Malta airport. As an island nation, Malta relies heavily on air traffic to connect it to the rest of the world. In 2013, Malta International Airport saw over 30,000 arrivals and departures, up from roughly 26,000 only seven years ago. Despite this, its air traffic systems need an overhaul; while the technology is state-of-the-art, some of the procedures are out of date. For example, aeroplanes arriving and departing from an airport follow standard, published routes, called STARs (Standard Terminal Arrival Route) and SIDs (Standard Instrument Departures) respectively, which can simplify airspace management. ‘The SIDs in Maltese airspace were designed years ago when fuel was relatively cheap, and the impact combustion made on the environment was not given due importance,’ said Chircop, ‘and we don’t even have STARs.’ Updating these procedures presented a clear opportunity to reduce fuel use and greenhouse gas emissions in Maltese airspace. Together with their partner, Maltese aeronautics consultancy company QuAero Ltd, Chircop, Zammit-Mangion, and the rest of the team analysed the flight paths taken by aircraft in Maltese airspace and discovered that they were scattered and inefficient. They developed a tool to design and analyse the best arrival and departure routes for aeroplanes, which they used to calculate revised routes for Malta’s airport. Based on fuel savings estimates for the Boeing 737 and Airbus A320, the two most common aircraft in Maltese airspace, the new routes could save 465 tonnes of fuel for departing aircraft and 200 tonnes for arrivals every year. The fuel reductions mean less money spent and lower CO2 emissions in Maltese airspace. Not only does that directly benefit Malta’s environment, but it also offers indirect benefits by reducing the pressure on Malta’s carbon emission caps. In addition to improving the course followed by flights, the team has helped improve climbs and descents. Planes can approach the airport in many different ways: for example, a smooth, continuous descent, a series of steps interrupted by level flight, or a close approach at full altitude followed by a quick descent. Determining which approach is optimal is a dynamic problem that has to factor in the weight of aeroplane and its cargo, weather conditions, operational constraints, air traffic and so forth. Current optimisation methods try to balance flight time and fuel use, but do not take the other factors into account. The Clean Flight team developed a new approach using computer algorithms which can improve the efficiency of climbs and descents in around 10 minutes on a single computer. ‘So 15 minutes before departure, for example, an air traffic controller can calculate the optimal route for the flight at the current conditions,’ said Chircop. Altogether, this work could save 1,500 tonnes of fuel every year.

The sky is the limit for this aeronautics team. As Clean Sky winds to a close, the EU is preparing to launch Clean Sky 2, and the UoM team will probably continue to play a significant role in the initiative. On the national front, the optimisation system developed in the Clean Flight project will be tested with actual flight trials over the coming months – a major step forward in a field where such tests are incredibly expensive and safety is always a paramount concern. According to Chircop, it is an indication that the potential benefits are large. ‘We’re pushing to get this technology into the field so we can see it making actual gains, instead of simply on paper,” he said. Meanwhile, the GATAC software package is already being used by key industrial players, according to Zammit-Mangion. Looking forward, it clearly has a scope beyond Clean Sky, and may even come to be used by other industries like maritime shipping, which faces similar problems. The team is also working on a project to test unmanned aerial vehicles (UAV) flying with commercial aircraft in an air traffic control environment. Although the UAV tech was developed in Italy, the Maltese team will test its operational aspects. If successful, the project could open the door to the integration of UAVs into the wider aviation community. The aeronautics team has put Malta on the map when it comes to aviation research, a major accomplishment for a nation with no significant track record in the field until ten years ago. ‘We’re well-established and recognised in European and global research circles,’ said Zammit-Mangion, describing the team’s success. With the network of partners they have built up and the quality of the team’s research, the future is looking up.

Dr Sedeer El-Showk is a freelance science writer. He blogs at Inspiring Science and for Nature’s Scitable network. 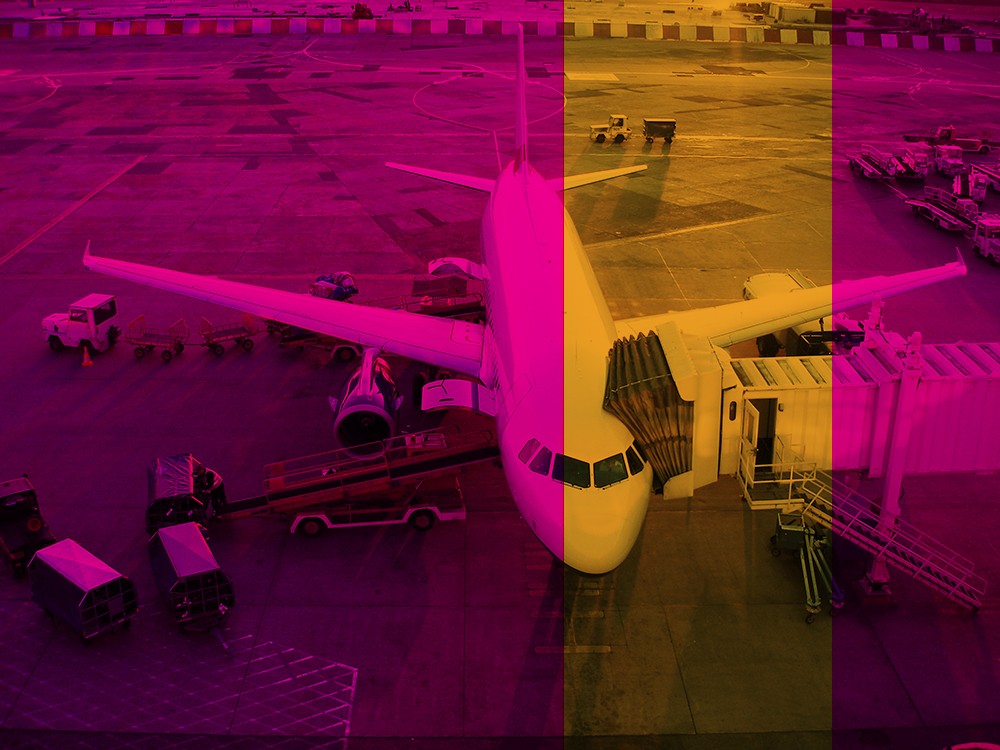 Documentary on Maltese researchers by Science in the City

Impressions on the Self

Art invites us to explore the ideas and concepts that govern our daily life. We might take these ideas for granted, but good art startles us, encouraging us to re-examine these concepts. One group of Bachelor of Fine Arts (BFA) students examines our sense of self through their art.