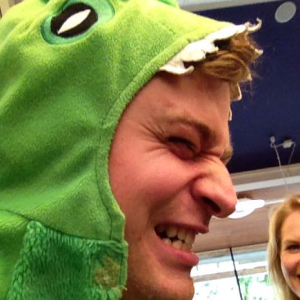 The crystals that really heal

Crystal engineers have the power to create bespoke materials capable of advancing many scientific and technological fields. Prof. Liana Vella-Zarb and her team at PharmaTaxis use X-Ray crystallography and their knowledge of atomic blueprints to create new ways to carry medicine around the body, leading to safer, more effective treatments.

We are surrounded by crystals, but these are different from your amethyst and tiger eyes. Much of solid matter is formed from a specific arrangement of atoms fitting together: a specific three-dimensional structure which repeats in a regular pattern. Depending on the atoms the material consists of, the way these atoms fit together changes how the material behaves. How atoms fit together is more important than what they’re made from. Atomic carbon can either take the form of diamond, one of the hardest substances on Earth, or graphite, one of the softest; crystal structure is everything.

Prof. Liana Vella-Zarb is a materials chemist at the Department of Chemistry, University of Malta, and a crystal engineer. Vella-Zarb is the founder of the PharmaTaxis project, leading a team of researchers that develop new methods of delivering medicines. By altering the atomic structure of a crystallised solid, crystal engineers are able to create a material with bespoke physical characteristics. PharmaTaxis uses these new materials and incorporates them with pharmaceuticals, creating new methods to deliver the active pharmaceutical ingredients (APIs) of medicines to the precise part of the patient’s body. ‘Like a taxi, but for molecules,’ Vella-Zarb explains.

When an effective drug treatment for a disease has been discovered, the next major step for researchers is to decide on the best delivery system for this medicine to most effectively get the API to where it needs to be. In a hospital, drugs can be delivered in many ways. Otherwise, delivery is limited. Most medicines are either injected intravenously, directly into the blood, or taken orally as a pill or capsule; either way, the medicine enters the patient’s bloodstream and eventually ends up where needed. This long-winded route for drug delivery can lead to issues, such as the reduction of the drug’s potency because the body breaks it down, or potential negative side effects caused by the drug’s effects on other organs, or the potential toxicity of the medicine. The technology developed by PharmaTaxis could result in more effective treatment regimes, lower the active dose required for effective treatment, and reduce negative side effects.

Vella-Zarb and her team are producing materials which act as a protective coating for medicines. The coat unravels, releasing the active ingredients only where and when they are needed. These drug delivery systems work because of the unique properties of the materials produced by the researchers at PharmaTaxis. These drug-carrying materials are reverse-engineered, using information about the crystalline structure of the medicine. With this information, crystal engineers are able to determine the physical characteristics that are required from the protective coating they are creating. They manage this by manipulating the material’s atomic structure. These materials need to bind to the API and act as a ‘taxi’ to drop off the medicine when it arrives at its final destination, a process called active targeting.

How these carriers transport and release the API varies greatly. Distinct drugs need to be transported in different ways because of the method of active targeting that each molecular taxi uses. Some carriers act like a cage (made from weak molecular bonds) which holds the APIs while they are in transit around the body. When these complexes come into contact with changes in stimuli, like pH or temperature, the weak bonds break down, releasing the medicine from its cage.

Another type of carrier is formed by the creation of cocrystal structures, a combination of two or more compounds which create a unique crystalline structure. With this material, active targeting works slightly differently. The API is held within the crystal structure through intermolecular forces (like how opposite ends of a magnet are attracted to each other), rather than through chemical bonds. When these drug carriers reach their target site, the crystal starts to become less stable. The regular crystal lattice starts to get jumbled, and it loses its structural stability. At this point, the structure unravels, releasing the drug. All methods of active targeting result in the drug being released where it is needed, be it in the lungs or the brain for anticancer agents, or breaking up uric acid deposits in the joints of patients with gout. ‘These are just a few of the ones we’re about to publish. Hopefully more to come in the near future!’ says an excited Vella-Zarb.

So, how are these bespoke materials created? Well, first we need to understand how crystals are formed and how they can be put together. Different crystals have different configurations of atoms, depending on the atoms that they are made up of and the shape of the crystalline structures (distance between atoms, the number of bonds each atom has with its neighbours etc). By first understanding the atomic structure of the drug and then knowing the conditions found at the medicine’s target site, the team can start to design a new structure that has the qualities needed to transport and release the API. This is usually done by tweaking the atomic structure of a material which already possesses some useful property, like being stable at high heat.

Changes to the crystal structure can be made by altering the material’s atomic composition (the type of atoms present and where they are placed), or by controlling the environment in which these atomic crystals form. Vella-Zarb and the team create different crystalised structures by altering the pressure or temperature when the crystals are forming; ‘We like to push the boundaries when it comes to crystallisation and cocrystallisation environments,’ says Vella-Zarb.

This hopefully results in new crystals which have the desired physical properties to deliver the medicine properly. One important step to figuring out if they have the right properties is a process called X-ray crystallography, which can obtain a 3D shape down to an atomic level. By comparing these images to their initial models, researchers can figure out if they have the crystal they want.

X-ray crystallography works by hitting crystals with an X-ray beam. The beam scatters when it hits atoms, leaving a specific shadow or pattern (areas of higher and lower exposure to the X Rays). By continuously firing x-rays from different angles, the pattern that forms from the scattered beams can be used to recreate a 3D image.

The X-ray patterns need complex mathematical equations to figure out. A materials chemist can use this data to map out the atomic structure of crystalised matter in 3D. This includes the type of atoms present, the angle and distance between the atoms, and the strength of the forces that hold them in place. This understanding is the foundation of how crystal engineers are able to know how atoms work together, how easy the crystal is to modify, and what properties you might end up with if you change the shape of the crystal.

Vella-Zarb reminisces about the day she first came up with the idea of creating designer materials as a way to deliver pharmaceuticals. During her time studying for her PhD at the University of Birmingham, she met a visiting academic from Kansas State, USA. At the time, the field of crystal engineering was still in its infancy, but the academic talked about how they were using this new technology and the potential to create solid materials with tailored physical characteristics. Approaching the speaker after the talk, Liana asked about using this technology to deliver pharmaceuticals. ‘Perhaps in our wildest dreams,’ the academic replied.

Vella-Zarb now thinks that this dream is possible. A few years ago the process used by PharmaTaxis was much slower, as the team in Malta only had access to the equipment needed to create these new crystals but not the ability to analyse their final structures. ‘So we’d prepare the samples, select the few that were most promising, send them abroad for data collection, and then process the data ourselves,’ explains Vella-Zarb. This cost the team a lot of time. That all changed after PharmaTaxis secured an investment of 4.8 million euros from the European Regional Development Fund. ‘We have shiny new solid-state laboratory facilities,’ she happily explains, with the capability to both create and analyse these designer crystals within the Chemistry Department of the University of Malta, although due to its large size, it is based off-site. The research still isn’t plain sailing; even with all this new equipment, instrumental downtime is still an issue. ‘Every time there is a power cut, for example, we incur thousands of euros worth in damages, not to mention delays to projects,’ Vella-Zarb explains. Despite these hurdles, with her new lab and a great team, Vella-Zarb and PharmaTaxis may be a bit closer to turning the pharmacist’s dream into reality.