Electricity has killed the ghost story,’ said author Ruth Rendell while commenting on a tale by M. R. James. She has a point. The ectoplasmic posse thrives on darkness, occupying those spaces that elude the intrusive sanctuary of light. Thomas Edison and his light bulb must be the greatest ghostbusters of all time and Andy Muschietti’s film Mama, one of their latest casualties.

Candlelight encourages unnerving narratives: a flickering flame, after all, choreographs crazy cavorting shadows. And gaslight creates pools of light amid pitch blackness, which is why the Golden Age of the ghost story was between the 1830s and World War I, when candles and gas were mostly used.

A trip to the cinema combines all three: the film is essentially a beacon of moving shadows (candlelight) on a screen surrounded by obscurity (gaslight) and a source of electricity (the projector). In a way the cinema offers horror lovers what the ghost writers of old offered to readers: access to the land of the Bogeyman.

The Bogeyman, or Babau, or El Cuco, or whatever you want to call it, is scary as hell because we never get to see him. He is not really underneath the bed, or inside the closet, or waiting by the wayside to snatch those pesky children and put them in a sack. Then again, he might be there, waiting for the right moment to strike. Ghost stories need this kind of tension to instil a sense of dread.

Unfortunately, the latest movie trend is to dispense with tension in favour of a sedated compromise to appease a mainstream audience. Mama falls into this trap. The film revolves around the battle between two mums, one alive and one dead. They are both surrogate mothers as the two girls’ real parent was killed by their very anxious dad. The arising conflict drives the narrative forward but then everything goes belly-up when the ghost, in all its CGI glory, takes centre stage. And, of course, CGI is all electricity.

Once the ghost of Edith Brennan becomes a central figure in the story (visually), the excellent sense of amassed dread all but disappears. Instead, CGI wizardry takes over: magnificent wraithlike tendrils of ghostly garb, creepy head tilted at a slightly awkward angle, a face that might stretch and scream at any moment, giving us the intended scare. We are shown too much. Movies such as Paranormal Activity (2007) and The Innkeepers (2011) take a better approach by creating and sustaining suspense by only showing the bare essentials. They leave you gripping your seat.

So: is Mama any good? Well, yes, in an average-film kind of way. But there is definitely no need to watch it with your lights on. 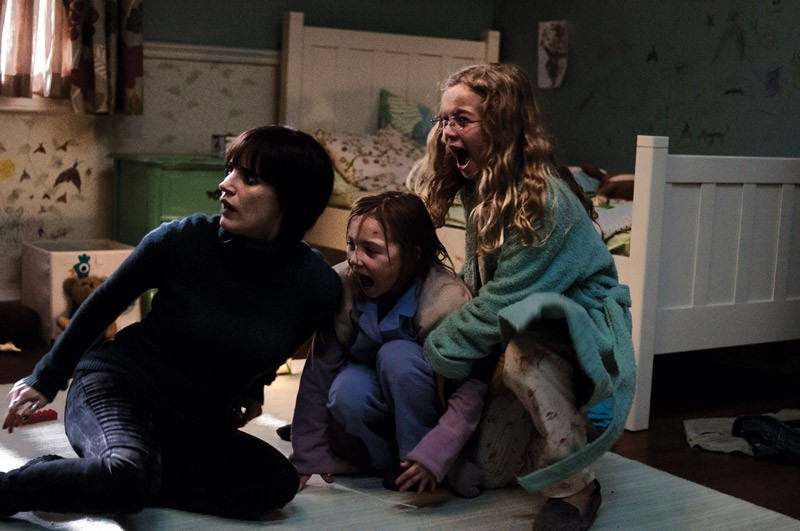