LOOKING UP TO THE SKIES

Malta is involved in the creation of the largest telescope ever built, the Square Kilometre Array. The telescope will be composed of 10 million antennas, process petaflops of data per day, and cost 1.5 billion euros. When built the array will peer deep into space to see how the first stars were born and attempt to solve the riddle of our origin. Words by Dr Kris Zarb Adami and Dr John Abela.

Since the dawn of civilisation we have been fascinated with the sky. From worshipping the planets as gods and using the stars to navigate, to more esoteric applications that attempt to predict our romantic and financial endeavours. What is seldom reflected upon is how the first planets, stars, and galaxies in our universe were formed. 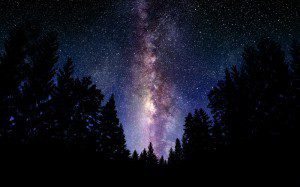 Over the past 12 billion years galaxies have formed from congregating stars. As stars form, dust circling around them binds together forming planets. On some of these planets there exists life. Life that is as complex as the universe itself.

Most human beings question where they come from. The query might seem straight forward but is challenging to answer, while the outcome could help the human race. To tackle this age-old concern, humans have been developing techniques and instruments that allow them to look further and deeper into the night sky.

So how far back can we actually see? With today’s equipment we can observe the universe a few micro-seconds after it burst into existence, some 13.7 billion years ago. The first few seconds of its existence were extremely turbulent and it took approximately 2 billion years for the universe to cool from this hot, dense primordial state to a somewhat cooler, peaceful environment. When things cooled down, gravity brought together the simple atoms formed at birth, namely hydrogen and helium, with enough force to start off a nuclear fusion reaction, which powers stars.

Exactly when the first stars formed has been a bone of contention amongst scholars for the past sixty years. By building the largest telescope the world has ever seen, we shall actually be able to see these stars and resolve the debate. The telescope would pick up the explosive signature of the first stars. Being so far away, these stars are so faint that it would need an aperture of at least one square kilometre. The aperture of a telescope is the area capturing the radio waves passing through the middle of the telescope. A giant, single one square kilometre telescope is impossible to construct.

The Largest Telescope ever built

Enter the Square Kilometre Array (SKA), the world’s largest telescope fifty times more sensitive than anything ever assembled. It is capable of surveying the entire sky one hundred times faster than any other existing instrument and spans an entire continent (Pictured). SKA’s location will be shared between the African and Australian continents. The telescope will have the capability of resolving and more importantly recognising the signature of the first stars in the universe. If this behemoth were to be pointed towards Mars it would pick up a mobile phone signal. Pointed towards a nearby star, let’s say 50 light years away (a light year is how far a beam of light travels in a year, or around 9 x 1015 meters), it would detect an airport radar on its fiery surface. Our sun is only 8 light minutes away.

The price tag for such sensitivity is 1.5 billion euros. SKA consists of thousands of antennas picking up enough data every day to fill ten million iPods. These technological feats are driving the next generation of High Performance Computing technology by the likes of Samsung, IBM, CISCO and Nokia. The companies are working with the SKA consortium, using it as a testing ground for the next generation of computing and technology platforms. Coming up with feasible designs for this telescope will change the face of technology forever.

SKA will be built over the next eight years by twelve countries, including Malta, and over fifty institutions. The EU has already pledged millions, while South Africa and Australia, who will both host SKA are promising around one hundred million euros. The siting of such an instrument is currently a hot issue, since it will attract massive foreign investment and change the host country’s landscape. The reason is the extreme sensitivity of this telescope. Since it operates in frequencies used by terrestrial TV and FM radios, the telescope needs to be placed in very remote areas to minimise human interference. Otherwise, rather than the signature of the first stars we will be listening to ‘Dejjem tiegħek Becky’!

Location is not the only challenge – another problem is size. The SKA is unlike an optical instrument, which usually uses a few large mirrors (Very Large Telescope,  VLT, pictured). SKA will be made up of around 10,000,000 antennas (rather similar to roof-top TV antennas) and each one of these antennas will produce data at a rate of 10-gigabit(s) per second (that is how you fill up so many iPods). Each of these antennas needs to be carefully placed and »

linked to a central processing system. The fibre optic cabling needed to connect everything could wrap the world twice over. The system required to process the data is equivalent to 100 million home PCs. It needs to handle the equivalent of approximately 1000 times the entire world’s internet traffic every second, a mind boggling 1018 operations, or the number of stars in three million galaxies. The cherry on the cake is that SKA must be isolated and built smack in the middle of a desert.

“Such challenges are the very essence of humankind. The quest for answers to these fundamental questions is central to our very being.”

In 2007, Malta became involved in SKA through Dr Zarb Adami (University of Malta and Oxford University), who co-authored this article. I left one of the world’s largest semiconductor companies (STMicroelectronics) to develop engineering and ICT solutions for SKA. These answers will keep the telescope within budget and maintain its high technical specifications. I am involved in designing the antennas and the digital processing systems needed to crunch the massive data produced by SKA. To make sense of the data, fast and efficient algorithms are needed to de-blur the images and extract maximal information from scans of the night sky.

SKA is not just about physics. To solve some of its challenges, I collaborated with the computer engineer Dr John Abela (the second co-author) to solve the problem of optimally locating 10 million antennas. It is nearly impossible by classical brute-force methods to consider all the possible solutions and choose the best one. Instead, we employed some ideas from biology to computer science. We used biological evolution to ‘evolve’ a solution to the problem, by using so called genetic algorithms.

The method starts off by randomly choosing a number of candidate solutions. These telescope placements are called the ‘initial population’. Each configuration in the initial population is represented by a digital code, or ‘chromosome’ – essentially a string of characters. For the following explanation replace the word ‘chromosome’ with telescope arrangement. The genetic algorithm mates the different chromosomes to come up with new offspring. Each progeny relates to a new placement.  To add some random fun the algorithm processes the ‘chromosomes’ to ‘mutate’ the offspring. The hope is that the babes will have better ‘chromosomes’. If, for instance, one parent is clever but ugly and the other parent is beautiful but dumb then one of the offspring will be clever and beautiful and the other will be ugly and dumb as (sometimes) happens in nature. After the chromosomes are mated, the children are screened to decide which should survive and which should die. The cycle then starts all over again with a new initial population until, after many generations, a near optimal solution emerges. For SKA, genetic algorithms helped optimise the layout of the 10 million antennas.

Dying stars sometimes explode as supernovae, although they usually only last one or two milliseconds. To be able to find them, the sky needs to be scanned continuously. The Maltese team developed fast computer algorithms to process these scans using ALBERT, Malta’s very own supercomputer. The algorithms were fast enough to process the data on the fly as the sky is observed. The researchers solved the problem by using Neural Networks (similar to the structure of our brain).

Through these efforts, Malta is now being considered to host a prototype SKA-station. This station would consist of a Low-Frequency Array (LOFAR) station of two hundred antennas that form a part of an EU wide initiative with the same aims as SKA. Malta’s role is important because it will be the furthest station from the main computing facility of LOFAR, which is located in the Netherlands. It is an ideal test-bed for long distance, fast data links, while helping to improve the resolution of both LOFAR and SKA.

People often ask, why in the midst of such a financial crisis should governments line up to support such a lofty goal? Cynically people might think that it shows, yet again, how removed government is from the thoughts and concerns of its citizens. The reason in my opinion is simple. Such challenges are the very essence of humankind. The quest for answers to these fundamental questions is central to our very being. Through deductive logic and rational reasoning these scientific endeavours harness, humans will learn to live together more harmoniously. These projects inspire technological leaps that will help us live healthier, longer, and enriched lives.