Suggesting a teacher might start the lesson by telling students to launch Pokémon-Go on their tablets might sound crazy, but this could be the new way to engage a generation of technophiles. Dr Vanessa Camilleri writes about the potential impact of gaming in the classroom.

If I say the words ‘digital’ and ‘video game’, what’s the first thing that pops into your head? Bioshock, Call of Duty… maybe World of Warcraft ? High quality, Triple A games with millions of players around the world fuelling a billion-dollar industry.

Gamers immerse themselves in these worlds for hours on end, exploring them like true travellers. They learn the lore, complete missions, hone skills, becoming evangelists of their favourite worlds. And with good reason! Games tap into their need for adventure and excitement, providing a safe space for them to live out their wildest dreams.

This very visceral reaction to games might cause some to roll their eyes in exasperation and dismiss it as a waste of time. But they would be wrong. In a country where more than one in five students (20.9%) leave school because they feel demotivated, unengaged, and bored, there is something to be learnt from games.

The project Game-based Learning to Alleviate Early School Leaving (GBL4ESL) seeks to use games and incorporate them into classrooms effectively to reduce the rate of early school leavers (ESLs) to no more than 10% of the population by 2020, in line with European Union goals.

What is game-based learning?

Although the use of games at school has been common practice for some decades now, many were limited to basic drill and practice ‘edutainment’. But this thinly veiled attempt of masking education within a ‘game’ was about as popular as chocolate- covered broccoli, failing to stimulate any high-level cognitive activity, leaving students as disengaged and bored as they ever were.

There is a need for more engaging games in the classroom which offer the student the chance to learn without really realising it.

Over the years the boundaries of game-based learning (GBL) have widened. The concept now includes meaningful play: serious games such as Pulse, Duolingo, and Food Force. This said, the most essential features of a game have remained constant. A game must set out a problem that needs to be solved. The solution should be found within the framework of a set of rules which may or may not be explicitly stated during game play. It also has to offer an environment that is conducive to promoting shared accomplishments. Whatever the game, research has shown that the potential for engagement is much higher when the game design is focused more on the application of strategy, communication, analysis, and other higher-order cognitive skills.

Although students who are at risk of early school leaving (ESL) tend to fare rather poorly in academic subjects, this does not necessarily reflect their ability to grasp these more complex games and skill sets. There is a high potential for developing complex skills when playing specifically designed educational games. The importance of implementing GBL in the classroom is clear, and steps need to be made towards it being fully acknowledged within the educational community.

In 2013 Malta’s Information Technology Agency (MITA) approached the Department of Artificial Intelligence with a proposal to team up as partners in a project designed to introduce the use of video games in the classroom to stimulate learning in young people. The suggestion was accepted immediately, and a new collaboration was formed—GBL4ESL.

The project GBL4ESL was formed as an Erasmus+ strategic partnership between five institutions in Europe: MITA, University of Malta (UM) and St Margaret’s College in Malta, Donau University in Vienna, and Nystromska School in Sweden. Two years later UM took the lead on the design of a guidebook while MITA and Donau worked on sourcing suitable games and bringing the project together. Challenges arose in the form of time constraints and simple geographical barriers; however, the mission was accomplished, resulting in a toolkit of digital games which can easily be translated into any lesson plan.

The toolkit provides teachers with the material needed to run the games confidently in the classroom, reintroducing an element of fun in learning. Its partner is a guidebook that explains how these games can be used most efficiently. Suggestions include allocating specific time for gaming in the school day and highlighting the importance of feedback and brainstorming to determine how to target different groups of students with each game. Among the most successful lesson plans are those focused on literacy and numeracy, which have been implemented with great success. The game’s aim is to bring the player up to the highest standard in both of these skills, setting a strong foundation for further learning. This project also takes into consideration the learning kids do at home, and so advice is also available for parents, showcasing the theory behind the games and evidence of their success to persuade even the diehard video game sceptic.

The challenge we still face is the lack of enthusiasm with education-related gaming.

The use of the toolkit and guidebook together will also help to change policy on a much larger scale. Because no current policies exist to advise on or regulate the use of gaming in the classroom, everything that has been done in the area has relied on teachers’ initiative. GBL4ESL hopes to change this by standardising implementation of such games.

Before official release of the toolkit, school teachers and academics from the institutions involved were invited to workshops and seminars across Malta, Sweden, and Austria to receive training on how to use the games effectively and offer their feedback. The results were immensely positive.

Marion Evelyn Cassar, a Personal, Social and Career Development teacher, found the toolkit to be particularly useful while introducing the large variety of topics covered in her wide subject area. ‘I can safely say that with my students, game-based learning has increased the participation and engagement,’ she says. Others were most inspired by the flexibility GBL provides, allowing the students to work to their own potential. Computing and ICT teacher Eleanor Mifsud said that ‘Students could be creative, innovative and reach their own level of attainment. GBL4ESL is designed to encourage a willingness to learn, which makes this independent learning such an important factor. 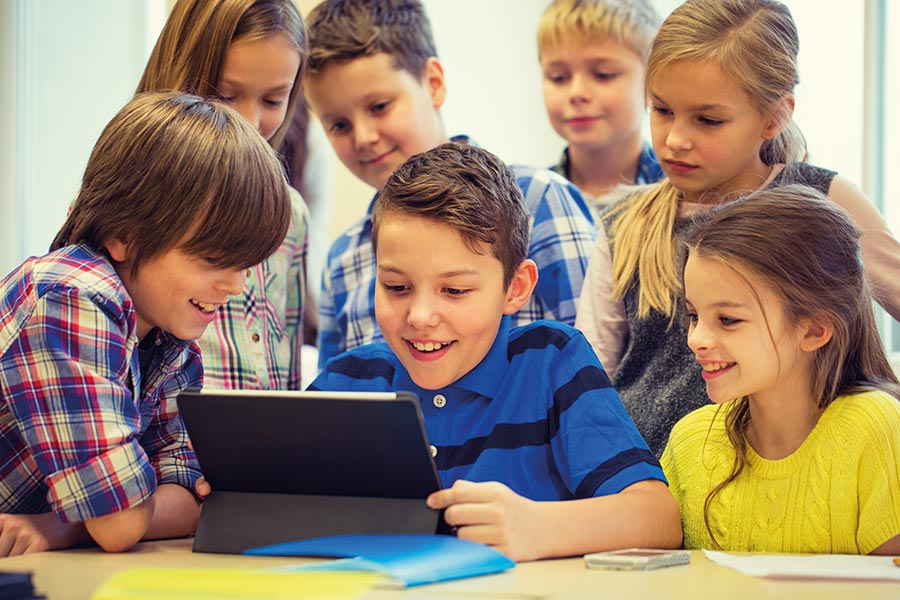 More positive feedback included praise for how many diverse applications the toolkit had. ‘We have used GBL to introduce topics, consolidate objectives, revise a single learning outcome or a whole topic, and explore mathematical facts during lessons,’ Rose Grixti and Victoria Brincat reported, having tested the toolkit in classes with their mathematics students.

Some teachers took this even further with their students, allowing them to be in control of the objectives, rules, and outcomes of their educational game. Marlene Galea and Dorienne Grech run maths and computing extracurricular clubs in St Margaret’s College in Malta for students with a large range of abilities. Students of the maths club were encouraged to write pleasantly-challenging puzzles for their peers, developing numeracy but also communication and design skills. ‘Problem-solving presented in a gamification approach is intriguing for all students, irrespective of their academic achievement or their motivation towards learning.’ These comments highlight the success of the game with both ESLs and high-achievers.

Perhaps most important are the students’ reactions to gaming in the classroom. Jose Molina Avella at Nystromska School found that introducing an element of fun in a lesson with the use of digital or board games proved to have a huge impact on both teachers and students. He also said the evaluation that followed each game was a positive experience, allowing them to communicate their ideas on what worked well for them and what they would change.

By involving both students and teachers in the testing process, the project became much more of a collaboration rather than a question of dictating what would work best in the classroom. Although the main scope of the project was the development of the toolkit and the practical guide for educators, there were a number of additional conclusions which emerged from the project and which are essential for the success of game-based learning. Having proper feedback, evaluation, and input from students and teachers alike resulted in a project that they felt they could take ownership of, especially important in the case of disengaged early school leavers.

Ultimately, the project highlighted the need to bring back fun to the classroom. Old style game-based learning has no place in the learning environment anymore, but by changing our misconceptions about new digital and more interactive games, we open up a whole new world of potential learning resources more likely to attract a technology-loving generation.