Growing up in the digital age

With the rise of digital technology and its impact on early childhood development, young children and parents alike are stepping into unchartered territory. Hans-Joachim Sonntag talks to Prof. Charles L. Mifsud and Rositsa Petrova about their latest study in collaboration with the European Commission’s Joint Research Centre.

It is no secret that modern technology has reshaped family life. Screens are part of virtually every household, meaning that interaction with them begins early. Parents trying to pacify their children by placing a smartphone or tablet in their hands is a common sight nowadays. The problem is that most research conducted so far has focused on kids between the ages of nine and sixteen, leaving many unanswered questions about the exposure to digital technologies in early childhood.

To answer these questions, the European Commission’s Joint Research Centre initiated a Europe-wide study. As part of this project, the Centre for Literacy (University of Malta) carried out in-depth interviews with 10 local families. Leading the endeavour were Prof. Charles L Mifsud and researcher Rositsa Petrova.

One of the biggest concerns for parents when it comes to digital technologies is the possibility of children becoming over-reliant on them.

‘The increasing technologisation of childhood is not very well studied’, Prof. Mifsud confirmed, ‘and there are many conflicting views about the potential benefits and dangers.’ Petrova said that the interviews would help garner insight on ‘how the families use digital technologies and how these are impacting their lives.’ She was aware, however, that ‘when you talk to young children in front of their parents, they may aim to please,’ so interviewing them separately allowed for the added benefit of highlighting discrepancies between children’s views on their use of digital technologies and the way their parents perceived things. 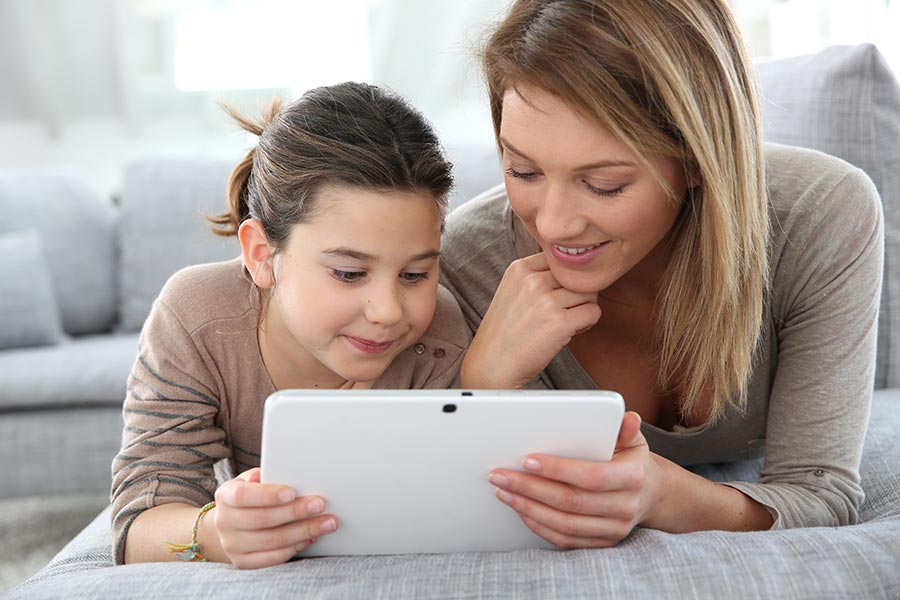 One of the biggest concerns for parents when it comes to digital technologies is the possibility of children becoming over-reliant on them. However, the general consensus during the interviews was that digital devices may be beneficial when used in a balanced way, together with traditional toys. A few recent studies have highlighted that activities such as physical painting or craft s can complement technology, as they involve a more sensory experience.

Interestingly, the study showed that a lot of joint family activities involved the use of digital technologies. Parents read ebooks to their children and played games together, emphasising the overall positive attitude to changing lifestyles. One mother even pointed out how ‘[her son] learns when he is playing [videogames] with his father. This involves the skill of teamwork.’

Asked about the different devices, it became clear that the children in the study were particularly fascinated by the touchscreen capabilities of smartphones and tablets. In the words of a seven-year-old: ‘On the phone, all you need to do is with your fingers and on the computer you have to type… and sometimes I find it difficult.’ Young children are inclined towards them too because the device’s response to their stimulus is instant, just like if they were to knock over their toys in real life and watch them fall.

For many children, the appeal of interactivity is what gives smartphones and tablets a leg over traditional toys. One girl preferred the phone to her dolls because it could talk back to her. Interactivity and personalisation are great benefits of many technological applications, but even without taking into account interactive media, the benefits of digital devices are known. By the age of two, children are cognitively active when watching TV, showing less interest when the programme has been scrambled to remove the narrative.

The concept of emergent literacy refers to the child’s growing awareness of what reading and writing are, before actually being able to engage in them. Studies have shown that literacy activities involving the use of digital technology, such as writing on tablets, has a positive association with print awareness and knowledge, but further research is required to fully understand the effects on traditional literacy development.

Another concern is that of digital literacy. Children are increasingly expected to be multi media savvy and to switch between interpreting text, audio, and flash on a tablet or smartphone. In recognition of this, personal tablets have been given to eight year olds in schools in a project spearheaded by Malta’s Ministry of Education. Using these technologies from an even younger age can allow children to become digital natives and master these skills early on.

Different perceptions of children and parents

Parents in the study generally claimed to supervise the interaction of their children with digital technology very closely. This feeling of control is partly due to the so-called Pass-Back Effect which involves parents passing on their devices to their young children who were deemed to be too young to have their own. However, the children developed a sense of ownership regardless and started acting very independently. ‘Sometimes I ask mum and sometimes I don’t—it’s still OK,’ one seven-year-old said.

Many children also admitted to using the devices without their parents’ knowledge. This was particularly true for when they were sent to bed to sleep. Exercising complete control over their children’s use of technology was rarely a possibility, except in the case of one family in the study. The youngest child had developed an addiction when the technology had been used as a ‘babysitter’ and was therefore strictly prohibited from any further access. He had also been referred to a speech therapist as he had difficulties communicating with other family members. However, even the father of this family acknowledged that technology could be a positive force in child development as long as it was controlled. But to what extent can exposure to digital technology be reasonable?

Parents clearly feel the need to become more engaged in their children’s online activities, while also making sure that there is a focus on educational apps to balance playing with learning.

Guidelines for technology use

The American Paediatric Association has the following guidelines for technology use by children. Parents whose children are younger than 18 months should avoid having their children using screen media other than video chatting. Parents of children between 18 and 24 months of age who want to introduce their children to digital media should choose high-quality programmes and guide the children to understand what they are doing. For children aged two to five years, a limit of one hour per day is recommended.

While these are useful guidelines, according to Mifsud’s study, the most important thing is to have meaningful communication with children, all the while setting clear limits. ‘Children are very capable and resourceful, so parents should be more open about digital technologies and allow them to explore,’ recommends Petrova. ‘If they are used mindfully and not just as a babysitter, there shouldn’t be any problems.’ 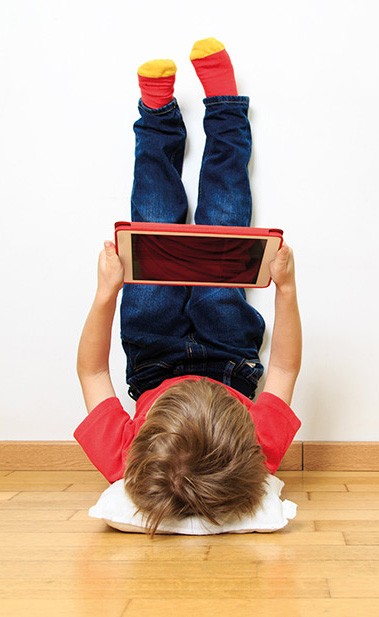 Another great concern parents referred to was young people’s online behaviour. One parent decried that ‘nowhere on the internet is safe!’ Parents clearly feel the need to become more engaged in their children’s online activities, while also making sure that there is a focus on educational apps to balance playing with learning.

One way to address such concerns, says Mifsud, is for the parents to engage in meaningful talk with their children about what they are doing with the digital technology. Only two of the families used parental controls, illustrating a wider problem in the area—parental engagement.

It was evident that children were sometimes more technologically proficient than their parents. ‘I found it amazing to discover how good and independent even six year olds were with the technology, downloading apps by themselves,’ recollects Petrova. One boy said that he helped his mother to go into the setting of the family’s tablet to uninstall apps when more storage space was required for an update. This lack of parental engagement was reinforced again when some parents were not able to tell the interviewer which websites their children use regularly.

Many lessons can be learnt from the findings in Malta, but one of the most pressing is the need to help parents understand how to reap the most benefits from digital technologies. A follow-up project is now underway, and it is looking at how the technology use in the same families is changing as the children grow older. The Centre for Literacy, in conjunction with other European partners, is putti ng together information for parents, as well as teachers, to boost their multi media literacy, emphasising the integration of digital and nondigital practices.

The inescapable reality is that smartphones and tablets are part of young children’s lives. As a result, they are developing intuition and competence that can quickly leave parents outmatched. Rather than using a smartphone as a pacifier, parents need to embrace the possibilities and take a proactive approach to guiding the process of technologisation for their benefit. As six-year-old Rosie put it: ‘I just like to figure out new stuff.’ And so, she should.

The online version of this study can be accessed from: http://bit.ly/2eYx2Pq