Imagine a crime story told through film, photoshoots, autopsy reports, audio recordings, emails and more — how would you read it? Where would you start? This is the nature of transmedia, taking a universe and spinning from it many stories and subplots. Its an exciting way of telling a story, used to advertise Game of Thrones, the latest Batman movies and the Star Wars franchise. But even a church can be a Transmedia experience with statues, sermons, stained glass, and architecture retelling the Bible’s stories.At this year’s Evening on Campus, Josianne Mamo’s The Wig Hunt entry won the first Transmedia Storytelling Competition ever held in Malta. I managed to meet her just before she left to Scotland.

The Wig Hunt starts off with a car crash near Loch Lomond (North of Glasgow). In the car they don’t find anyone, just blood. A short distance away they find a brutally murdered and sodomised woman. And, PC James Murray — he’s the investigating officer — is quite new to the business. He’s not really doing well, but he slowly builds his skills as he goes along.

He was in a different field, but because of love he changes his career. He moves to Glasgow to be closer to the person he loves, but this move has made the relationship difficult. Probably inspired by my own life. He was in scuba diving before moving into police investigations. He finds the suspect… I shouldn’t be giving too many spoilers. Let’s just say there is another murder and the investigation takes a whole new turn. It’s a story about sex, drugs and crime in Glasgow. I’m trying to take freemasonry as we know it in the Mediterranean and place it in Scotland. Will that be successful? We’ll see.

– Where did the inspiration come from?

House of Leaves by Mark Z. Danielewski was a major influence in my writing. What’s fascinating about it is the form in which the story is told, which inspired me. My story started off as an exercise in free writing and then it moved from there. The idea was to give bite sized information. I tried to keep the reader going by giving snippets of information then moving on to the next part and the next part and the next part. It fascinates me how a titbit of information grows and becomes never ending. Of course, at the end you need to find a resolution — you need to tame your idea.

– Many of my friends won’t read novels or anything longer than 2000 words.

That’s why I chose this form. The idea was to simulate something that you would find on the internet. Let’s say you found a newspaper article and it got you piqued, and you moved to the next article. It’s like surfing the web and letting those bits of information unfold. 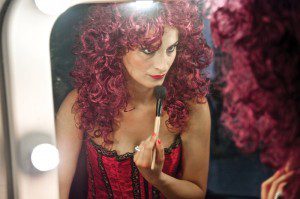 – What media do you use?

The actual text, simulating official documents (autopsy reports, police reports and so on); a short film on the website; audio clips similar to police investigators talking into a recorder and hearing the conversations as they go along. The idea is not just to give a manuscript but supplementing it with other material.Following the story through different media is what is exciting about it, because it is so different. I moved on and created a website with a timeline where the reader could actually go and read whichever piece of information he wanted, be it the video clip, audio,  and you don’t need to read all the titbits. If he’s more interested in the personal relationship then there is another section he can go into. The reader can choose what he wants to read and how to read it.

– What changes did you need to do to make it as a writer in the way you thought of the story to be able to write in a transmedia style? How did you research your novel?

I went there as a writer of historical novels and I ended up writing a crime novel. That went beyond my wildest imagination — it was something major. I had to change in my way of thinking. The fact that I am studying at Glasgow opens various doors. What I did was instead of approaching actual people, I read genuine reports that were leaked online, like David Kelly’s report and various others. I try to go online. My next step is to go to this crime writing festival called Bloody Scotland, which I am very excited about. There will be the likes of Ian Rankin and Denise Mina whom I met at an event at the University of Glasgow. On a whim, I bought the tickets before I started writing the story, now it will be even more exciting. One of the talks will be on how they do research, some people do go all the way and follow police officers and some of them have been police officers, like Karen Campbell was and then she started writing. There are different degrees of involvement.

“It was refreshing for me to write in these different media. That actually helped me in the writing process.”

– You had the likes of Malcolm Galea, and other big names in your photoshoot and film. Why do you think they agreed to get involved? 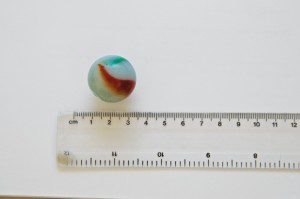 I’m still asking myself that question. Malcolm was a major plus for me. He kept using a word when I was showing him a particular character I wanted him to act out (Val Gina — a transvestite performer), which was ‘fun’. Injecting a bit of humour into my script might have helped get him on board. I always had him in mind for that particular part — it was a major thing for me to get him involved.

-Did you find it hard to write for so many different types of media and why was this a Transmedia story?

More than the writing it was producing it that was very demanding. The challenge was making sure that the tone for each document was right. It was refreshing for me to write in these different media. That actually helped me in the writing process. One big challenge was trying to inject flavour, characterisation, bringing them alive, especially the actual murdered victim. In the crime scene, I tried to strike an emotional chord through the photos. As for the actual investigator, having that subplot going on hopefully makes the character three-dimensional. 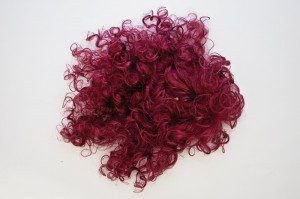 – What does Transmedia bring to storytelling?

I would say that it adds richness. Telling a story is challenging. As a writer you have a picture in your mind and
you have to place it in words. Showing  that picture that you have to the reader
is exciting and a writer of a traditional manuscript would have to transmit that only through words. In my case I am doing this with various different means, photos, audio clips, so people can hear the suspect speaking. The challenge was to link all this together to make sure that there are no loose ends.

Perhaps this might inspire next year’s participants: “It is a fantastic opportunity to be working on something you really love and winning this transmedia competition means I’ll have even more time to work on this project,” said Josianne Mamo. “You learn so much by doing something different. And, I loved it,” she said

Post-war 1950’s. A new city has sprung up in the desert where life is dictated by God. You are wellcome as long as you have God in your heart, but what does that mean?

– DREAMS OF THE UNDESERVING

Insomnia! Everyone can suffer from it, but just imagine if you never slept. This is the Sandman’s fate. He offers people the chance to have their dreams… at the expense of others.

In Malta a secretive research company called Obertek finds a dome under Mdina.  Inside it they find an artefact which has extraordinary powers but after a failed experiment the artefact vanishes.  The dome’s carvings hold a mystery that must be solved to reclaim the artefact.

Coming from a difficult background Donovan finds it difficult to succeed. He has problems with work, colleagues and his girlfriend. After meeting a stranger in a bar, he is darkly reborn and seeks revenge on his employers.