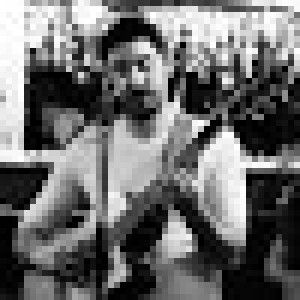 New research deflates current understanding of the shape of our world

For years the niche community of people that believe the earth is flat have been the center of comedic ridicule — ostracised by the general public as ‘lunatics’ and ‘out of their mind’ for over two thousand years. The theory is believed to have begun in ancient Greece and later developed in the Bronze and Iron ages in civilizations closer to the Near East until late in the Hellenistic period (31 BC).

Cutting edge researchers from the University of Malta, Dr Harry Johnson, Prof. Anita Bath, and Dr Oliver Klosov have confirmed that there is evidence to suggest that the world is, in fact, flat. This discovery has come to the forefront from a longitudinal study spanning 25 years from over 50 leading universities around the world — beginning at the University of Malta.

In 1996 a team of five researchers at the University of Malta were assigned the task of measuring ions from earth’s atmosphere and determining how long they took to explode when set on fire with the help of a new CBD molecule that was recently discovered in the Netherlands. The team set out to help contribute to the plethora of studies looking into the effects of global warming on our climate. University of Malta’s Dr Klosov has been involved in this revolutionary research since its conception.

Dr Klosov suggested the reasons for keeping the findings of this research private until now were due to the controversial nature of the discovery. ‘We didn’t know how people would react. The immense discovery will change science forever. We really can’t believe what we’ve found,’ said the CBD expert.

The flat earth model is one of the oldest theories in written history and states that the world is shaped as a plane or disk. The flat earth model has been present in every civilization since then. From Europe with the ancient Norse and Germanic peoples, to China in the 17th century before Europeans came with their astrology, up until modern times. The prevalence of the International Flat Earth Research Society and its growing number of members can be attributed  to its social media presence on Youtube and its growing popularity on the video sharing platform.

‘Flat Earthers’ or ‘Flat Folk’ as they like to be called, have been ridiculed and dismissed by the media, scholars, scientists, children, engineers, teachers, and other semi-intelligent groups. Flat Folk now finally have empirical evidence on their side, thanks to the alliance of researchers across the globe known as Scientists Making Real Theories or ‘SMRT’.

The next annual general meeting will be really lively this year once everyone finds out this pandemic is run by those pesky reptiles.

We spoke to the President of the Flat Earth Society, Danial Shenton, over zoom to comment on the publication of SMRT’s new research. ‘This is fantastic news and something we’ve known for a very long time, but we didn’t have any proof whatsoever to back ourselves up, like, really, absolutely nothing,’ he laughs. ‘The next annual general meeting will be really lively this year once everyone finds out this pandemic is run by those pesky reptiles’. We questioned him on his disbelief of the pandemic but he refused to comment further as he was under strict orders to ‘stay cool’.

According to SMRT, it is believed that no more studies are required to verify any of these findings due to the amount of research done. ‘There’s just no point’ claims Dr Johnson, ‘We’ve put the question to rest.’ In homage to the new discovery, a big day in the Christian calendar known as Pancake Tuesday will now be celebrated by Flat Earthers the world around. The only thing they have left to fear is sphere itself.

Please note that this article was published on the 1st of April and is intended to be an April Fool’s article. Please exercise scepticism when an article does not present references or does not back up its claims. For more tips on how to avoid misinformation, kindly refer to our follow-up article here.