Maltese Music is being lost. Along with it Malta loses its culture, way of life, and memories. Dr Toni Sant is trying to change this trend through the Malta Music Memory Project (M3P)

Maltese radio is dominated by American and British popular music from the last 60 years. What happened to music from the Maltese islands? Some local music is played but mostly from recent releases. There does not seem to be a sense of continuity between the music created now and that created in previous years, even by the same musicians.

Part of the reason for this is that there is no cohesive multimedia database for Maltese music. I believe that no such thing exists because there is a lack of systematic organisation within the local cultural sector. To fill this gap, I have gathered together a small group of Maltese music enthusiasts to create the Malta Music Memory Project (M3P), which was launched in September 2010. Our main aim is to preserve memories of Maltese music and associated arts for future generations. 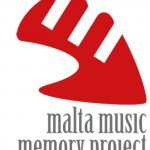 The project is not limited to music. It includes a more expansive cultural sphere such as broadcasting, theatre, dance, visual arts, traditional rituals, sports, and other forms of expression. The project’s emphasis is music but it also includes other aspects of everyday life. Memory comes into the project since we want to gather personal perspectives, not just hard facts. Those who experience cultural phenomena generate memories that cannot be ignored in this age of new media.

Malta’s cultural memory can soon fade into anecdotal legend. There is a lack of scholarly research and an absence of long-term preservation strategies. The problem is evident even without delving back into our distant past. The liberalisation of broadcasting in Malta in 1991 spawned a glut of uncollected documents and data. These have increased dramatically with the recent proliferation of digital technologies and the Internet. Popular music production has skyrocketed since about 30 years ago, when I first started my professional career as a broadcaster. Back then Malta had only one radio station, one television channel, three or four record shops, and only a couple of multitrack recording studios. The situation now is noticeably different.

“Malta’s cultural memory can soon fade into anecdotal legend. There is a lack of scholarly research and an absence of long-term preservation strategies”

It is impossible to preserve everything and countless unique memories might have already vanished. M3P has already started to prevent further loss by capturing detailed information about live performances and recordings from shows, studio sessions, public releases on CD, and the Internet, along with associated photos, posters, and similar materials. The database is also collecting details of technology used to create and document music; from recording equipment and live performances to individual websites and social networking tools. M3P is interested in both artists and fans. By carefully collecting this data, the plan is to systematically gather the needed information in a short period of time over the coming years.

The Wikimedia Movement inspires the ideology behind M3P. Like Wikimedia, founders of Wikipedia, M3P depends on volunteer contributions. M3P’s content will remain open and freely available. This can only be achieved through the contribution of networked individuals based around M3P’s wiki website. All submitted data is analysed for content and connections between subjects. For example details about the musicians a particular singer has collaborated with becomes more evident as information about each of the collaborators enters the database through separate sources. This initial analysis often leads to the acquisition of further related contributions and the eventual expansion of the database beyond obviously related entries. We weed out unsolicited or irrelevant material without any overarching authority, just through collaboration among the core contributors.

A small group of enthusiasts keep M3P running. I am rather keen to see this group grow over the coming years. The M3P Foundation — a Malta-registered voluntary organisation — coordinates this team and the project. Parallel to this, I also supervise four postgraduate students working on M3P research projects at the University of Hull’s Media and Memory Research Initiative (MaMRI), UK. 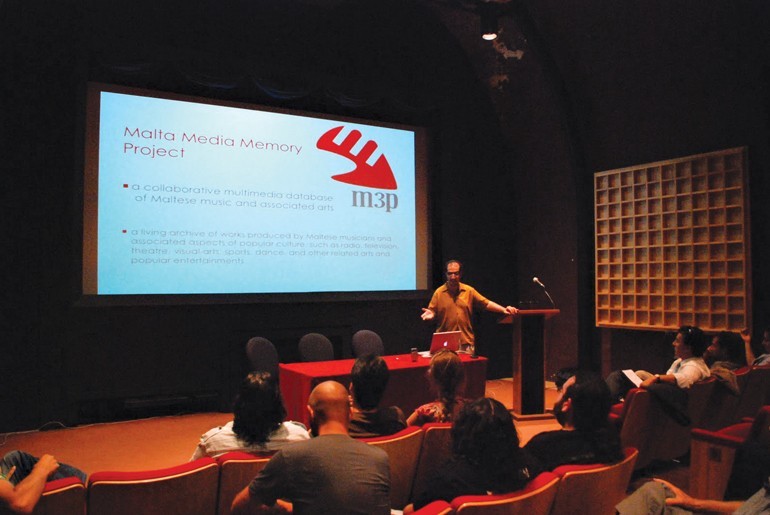 Researchers working on M3P volunteer tons of their time. This overwhelming support provides a vibrant framework within which research can develop. One study helped to see what factors influence collaboration. Another developed a framework to streamline interaction between memory repositories like M3P and social media networks like Facebook and Twitter. While such projects are rather technical, any large online project needs a solid backbone, but our, other research has a broader appeal.

Steve Borg is devising a workflow model for recovering, preserving, and disseminating Maltese folk music through new media technology. He has recovered 207 reel-to-reel tapes containing about 500 hours of recordings of traditional għana from some of the genre’s best twentieth-century performers. Leli Muscat made the recordings (nicknamed il-Gexilli) over around twenty years, starting in the early 1960s. These unique recordings are one of our best finds, now at Malta’s National Archive, a clear example of material that needs preservation before being lost forever, either through neglect or a lack of professional preservation know-how.

“What is Maltese about Maltese music other than the use of the Maltese language?”

Borg is doing more than just preserving these music memories. Through the Internet-based M3P wiki, he is looking into innovative ways to talk about the people, venues and related aspects of these works. By sharing this knowledge openly others can be brought in to keep adding new information related to these resources.

Toward a comprehensive catalogue of Maltese music

Right now M3P is compiling a comprehensive catalogue of all Maltese music released on CD. The group working on this niche catalogue comes from Malta, the UK, and Australia. Nothing close exists in Malta. It is beyond the scope of the National Archives of Malta, who do not have the resources to do the work rapidly enough, while the National Library lacks the legal means to enforce depositing non-paper-based works. Malta’s national broadcaster, the Public Broadcasting Services (PBS) Ltd., has a long history of archival mismanagement. Within this vacuum, private holdings of Maltese music have potentially much more staying power than any publicly funded institution.

In 2014 M3P’s Maltese CD catalogue will be available online. In spite of this, the project will still need more contributions to continue filling in the gaps and keep the catalogue up to date. As this is launched, the core team and public will move on to preserving and cataloging unique tape recordings. In this spirit, both the National Archives and PBS are looking to collaborate with M3P to provide a national infrastructure for audio-visual archiving with plans for long-term preservation.

Once this material becomes readily available, it is likely that we can explore further academic research. I would very much like to see us conducting an evaluation of the ways online social media networks reinterpret national memory — especially for contemporary Maltese music. My big question is: what is Maltese about Maltese music other than the use of the Maltese language? Or, how do artists adopt and reconfigure motifs of national memory through music from Malta?

With an eye on long-term preservation, we must actively engage in web archiving. No national agency is currently equipped to do this. In the process we are losing countless culturally significant materials. For all our good intentions, we at M3P cannot do this on our own. National institutions need to get in on the game through active long-lasting commitment. This intangible heritage is ours to preserve. If we don’t do it, who will? ï

To contribute to M3P and listen to some music visit
www.m3p.com.mt