Marijuana has been used for centuries for medical reasons. In the early 20th century it was first linked as a treatment for epilepsy. Over the last few decades researchers have been unravelling the truth behind the drug. Prof. Giuseppe Di Giovanni tells us more about using marijuana for medical research and his own research on this controversial drug.

When I was a high school student my dream was to become a university professor in order to carry out brain research. I achieved my dreams but I did not plan to end up as a marijuana researcher.

I only recently started studying the effects of chemicals found in Cannabis sativa, better known as marijuana. A few years ago, I was trying to establish a scientific collaboration with a friend and colleague of mine, Dr Roberto Di Maio (Neurology Department, Pittsburgh University), who is interested in epilepsy and marijuana. While researching the topic I found out that many epileptic patients have turned to marijuana to try to control their seizures. I had no idea of the medical use of marijuana in the U.S.

Medical marijuana has many powerful uses. Apart from reducing epileptic seizures, medical marijuana can treat glaucoma, pain, and nausea in cancer and HIV patients, but it also protects the brain from the effects of trauma, eases the spasms of multiple sclerosis, slows the growth of tumours and reduces brain damage in Alzheimer’s disease. It appears that marijuana is effective for all sorts of disorders of the body, mind, and soul.

Considering the bounty of treatments linked to the drug, it is unsurprising that today 23 U.S. states allow the use of medical marijuana. Other states are expected to follow suit and other countries will probably also follow in America’s steps.

The situation is very different for the recreational use of marijuana. The drug has been decriminalised in many countries including Malta (up to 3.5 gr) but legalised in only a few parts of the world (four U.S. states, the Netherlands, and Bangladesh) and is ‘tolerated’ in many others. This is probably due to generalised governmental policy. Marijuana is still listed by the U.S. federal government as a Schedule 1 drug, alongside LSD and heroin. This class has no other drug that has already been accepted for medical use.

Marijuana is moving onto centre stage. Understanding the neurobiology and chemistry behind the increasingly claimed medical benefits of marijuana is vital for scientists and now governments worldwide. At present, the medical uses of marijuana as treatments are still controversial and anecdotal. All pharmaceutical drugs on the market need gold standard large double-blind controlled clinical studies that make sure a drug is safe, or at least safe enough. To date, no such clinical studies have been carried out to examine the beneficial effects of cannabis in different disorders.

Anecdotal evidence does not cut it for treatments. In my laboratory, I am imposing some scientific rigour on what has become a very big ad hoc experiment (Medical School, University of Malta). In Malta, the use of marijuana for research or medical reasons is allowed, but is strictly controlled by national legislation. To get some solid data, I focused part of my research on the effect of cannabinoids (after the plant’s formal name) on different types of epilepsy. I did not use the chemical found in marijuana called delta-9 tetrahydrocannabinol (Δ9-THC), which induces marijuana’s psychotropic effects, but a synthetic analogue named win 55,212-2, that is many times more powerful than Δ9-THC. To understand how this chemical can help epilepsy sufferers I will explain how the condition arises.

What it is epilepsy?

Around 60 million people have epilepsy worldwide—in Malta, the number is 3,000. The common neurological condition is caused by recurring disruptions to the brain’s usual activity. The disruption is usually short-lived. The outward signs of epilepsy are known as seizures. Some go unnoticed while others lead to involuntary muscle spasms and loss of consciousness. The type of spasm depends on the part of the brain affected and how far the disruption has spread. The brain is made up of billions of nerve cells that process information from our senses, thoughts, memories, emotions, and actions, and any (or all) of these activities can be affected by a seizure. Most seizures are over within a few minutes or less, and the person recovers quickly. Epileptic syndromes are classified as either generalised seizures, which affect the entire brain, or partial seizures, which occur within specific brain regions. Conventional drugs are not fully effective in 30–40% of patients meaning that research is needed to treat find new treatments.

“We unexpectedly discovered that epilepsy is not largely a neuronal disease, but a defect in glial cells.”

During my time in Palermo I started to study temporal lobe epilepsy (TLE), the most common form of epilepsy that results in partial seizure in humans. My team showed the anti-epileptic role of nitric oxide—a gas produced naturally in our brain. When I moved to Cardiff I joined Prof. Vincenzo Crunelli’s (University of Cardiff and now also University of Malta) group. We unexpectedly discovered that epilepsy is not largely a neuronal disease, but a defect in glial cells (the part of the brain that supports and modulates neurons). Work we published in Nature Medicine, one of the world’s most important journals. When I moved to Malta in 2009 I brought this research with me. 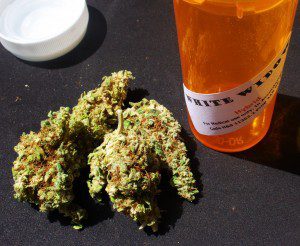 Cannabis has been used to treat epilepsy for centuries (see table). Unfortunately, marijuana can have some serious cognitive side effects that have been the major obstacle in its medical use. Marijuana impairs perception, reaction time, and short-term memory. Marijuana can be addictive but only mildly so: 9% who try it will become addicted, according to a recent study. The same study listed alcohol at 15%, 17% for cocaine, 23% for heroin, and 32% for nicotine. So although marijuana may be addictive for some, 91% of those who try it do not get hooked.

For our study, we first focused on status epilepticus, a life-threatening condition in which one epileptic fit follows the other without the sufferer recovering consciousness. Dr Roberto Colangeli, a researcher in my group, (now at the University of Calgary, Canada), conducted many experiments that led to one important unexpected discovery. Synthetic cannabinoids only had a modest effect on the development of seizures. When another chemical called serotonin was switched on, their effectiveness multiplied, stopping the fits.

Not all types of epilepsy are created equally. In temporal lobe epilepsy, synthetic cannabinoids were even more effective than the epileptic drug phenytoin. The only problem with this treatment was that the dose of cannabinoid impaired the hippocampus, an important part of the brain. The process it blocks is needed for learning and memory. This side effect was very frustrating; our treatment was effective but could harm patients. Dr Stefania Butini (University of Siena, Italy) synthetised a new compound that could block the breakdown of the natural cannabinoids our brain normally makes. The new drug boosted the amount of our own marijuana in epileptics’ brains. The new compound was less effective in stopping epilepsy but was longer-lasting without major side effects. We are currently following this line of intervention, trying other drugs that increase the levels of our own cannabinoids when and where they are needed to avoid any possible side effects. This research could treat millions of epilepsy patients safely. 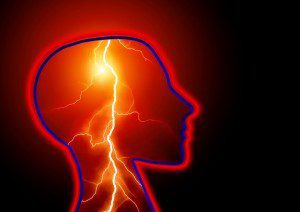 The brain’s own marijuana

It seems incredible that everyone produces a form of these drugs in their own brain. As mentioned previously, the brain’s own marijuana compounds are called endogenous cannabinoids or endocannabinoids. In 1992 Raphael Mechoulam (Hebrew University, Israel) discovered the first endocannabinoid, naming it anandamide (n-arachidonoylethanolamine or AEA) after the Sanskrit word ‘ananda’ (bliss) and ‘mide’ (chemical). In 1997 Daniele Piomelli (University of California, USA) discovered lipid 2-arachidonoyl glycerol (2-AG), the other major endocannabinoid in humans. The endocannabinoids (classified as neurotransmitters) pass on signals in our brains and bind to proteins called receptors found in neurons. These two cannabinoids bind to the CB1 and CB2 receptors that help to regulate appetite, mood, memory, and many other functions.

CB1 receptors, the more common type, are widely distributed in the brain, with high concentrations in regions of the brain linked to epilepsy, and are involved in pain perception and forming new memories (the cortex and hippocampus). There are low levels of CB1 in the brain stem, where cardiac and respiratory functions are regulated. This is one of the reasons why cannabis does not threaten your heart or breathing with no overdoses ever recorded from cannabis use.

The active ingredient in marijuana, Δ9-THC, can bind to these CB1/CB2 receptors to artificially trigger the same mechanisms in the brain. The cascade of events releases neurotransmitters (the molecules that brain cells use to communicate with one another). Suddenly, they make the world seem hilarious and normal foods taste delicious. Under the influence of marijuana, people generally feel happy, relaxed, and introspective, although paranoia and irritability are common, undesirable side effects. This is because the brain concentration of Δ9-THC reached – after smoking a joint or eating marijuana – is much higher than the normal level of endocannabinoids and greatly magnifies the effect. The result is the well-known marijuana high.

I find it difficult to answer the question: is marijuana good or bad for you? I do not think there will ever be a black or white answer, and it will always be somewhere in between. Although many scientists agree that marijuana is safe enough to temporarily alleviate the symptoms of certain medical conditions, both the short- and long-term use of the drug may harm the body and mind. Marijuana’s continued popularity among teenagers raises particular concern because the drug might hinder the ongoing maturation of the adolescent brain.

For medical use, trying to boost our own marijuana (endocannabinoids) levels will probably be safer. The best approach will probably be by blocking the enzymes that break it down.  Research is needed to develop these new drugs to treat a host of different brain disorders. Several research groups in the world, including ones in Malta, are seeking answers to reinvent marijuana uses.

Prof. Giuseppe Di Giovanni (giuseppe.digiovanni@um.edu.mt) is the Coordinator of the Malta Neuroscience Network, who are organising the first Brain Awareness Week, from 14–20 March 2016, the global campaign engaging the public with brain research. For more information visit: Malta Brain Awareness Week. Prof. Di Giovanni is also the Editor-in-Chief of Xjenza Online, the journal of the Malta Chamber of Scientists