Haven’t We Had Enough of Gender Stereotypes? 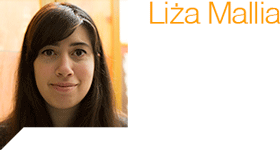 An essay by linguist Deborah Cameron about gender misconceptions really hit home hard. It made me ask, why do we let gender role restrictions influence our identity.

The thing about these restrictions is that they are often subtle beliefs and mentalities that have been hard-wired into us. They easily go unnoticed and manifest themselves in most of what we do and say. As Judith Butler pointed out in most of her gender studies; a person’s sex is biological, but gender is formulated, learned, and performed.

Certain standards seem to need to be met in order for someone to be considered manly or feminine. There’s an unjust mentality that excuses someone who ridicules a man wanting to become a professional dancer. This is the same mentality that demands that young girls aspire to a stereotyped physical beauty.

What is this mentality teaching us? Where is the respected individual? How can we ridicule people for not accepting who they are and then falsely advertise self-acceptance?

If one looks at any commercial blockbuster movie, one is likely to find the same formulas: mindlessly, men objectify women and women romanticise men. People mimic this behaviour, setting themselves up for disappointment, only for reality to hit home.

“Sexuality plays a huge role in gender stereotyping. Media portrays women as an object to earn”

Cameron’s essay outlined one study she performed with her student. The student studied the speech patterns and habits from a recording of five male friends having a conversation. They repeatedly gossiped about other men they knew, saying that these men were immensely unmanly. Cameron points out their paradoxical behaviour. By gossiping, they were violating their own perceived standards of masculinity—a contradiction.

People seem to be oblivious to such inconsistent actions. Men and women seem to expect behaviour from each other that not only eradicates individuality and genuine interaction, but is even downright illogical—especially when it comes to sex.

Sexuality plays a huge role in gender stereotyping. Media portrays women as an object to earn. This completely destroys the idea of individual identity and the ability of having confidence in one’s body as it really is. It also shames women who feel happy in their own skin and are sexually active. The chances are they will be labelled sluts. Most men have become afraid of accidentally conveying an unmanly persona: they are constantly trying to prove themselves to other men, and this leads them to objectify a lot of what is in their lives.

This leaves no room for self-expression and, for example, the ability to love whoever one chooses. Janet Hyde’s Gender Similarities Hypothesis holds that men and women are, for the most part, psychologically interchangeable, meaning that men and woman are more alike than they are different. Through meta-analysis, Hyde concluded that the ‘overinflated claims’ around gender differences were causing harm to individuals ranging from successful career pursuits for women to teenage self esteem issues.

We are being falsely educated about who we are supposed to be by outdated stereotypes, simply because there is a need to differentiate between the sexes. There are biological differences, but there cannot possibly be an absolute differentiation between a man and a woman. An individual has his or her own characteristics and personality that has nothing to do with gender.

We are living in the 21st Century. Isn’t it time to wake up?