Our understanding of gravity has changed over the years and will likely continue to as researchers arm themselves with new ideas tested by increasingly sophisticated technology. Dr Jackson Levi Said, Mark Pace, and Filippos Nachmias (University of Malta [UoM]) tell THINK more about their mission to unlock gravity’s secrets from neutron stars.

Four fundamental forces act on the Universe. Electromagnetism is the interaction between electrically charged particles. The strong nuclear force is what holds most ordinary matter together, binding neutrons and protons to create atomic nuclei. The weak interaction is responsible for radioactive decay, which plays an essential role in nuclear fission. Gravitation brings all objects with mass towards one another.

Gravity may be the weakest of the four forces, but its effects shape the very fabric of the Universe.

English physicist Isaac Newton introduced the idea of gravity as an unexplained force that somehow makes objects move toward each other. But while this is a nice, intuitive picture of gravity, it lacks many of the intricacies that we now know about this mechanism, such as its ability to bend light significantly. As it stood, this theory did provide some sort of agreement with observations; however, it lacked any form of  factually correct explanation of gravity.

In 1915 German-born theoretical physicist Albert Einstein rocked the very foundations of science with his so-called general theory of relativity. Here, gravity is described by means of a curvature of not only space but also time. He effectively married space with time! This means that instead of thinking of objects as being pulled by invisible forces, we can visualise regions where, because of the curvature of gravity, objects naturally move toward each other. With that, our view of the Universe was turned on its head!

“Einstein gave us the physics that made GPS satellite systems possible, along with highly accurate clocks, and lasers.” 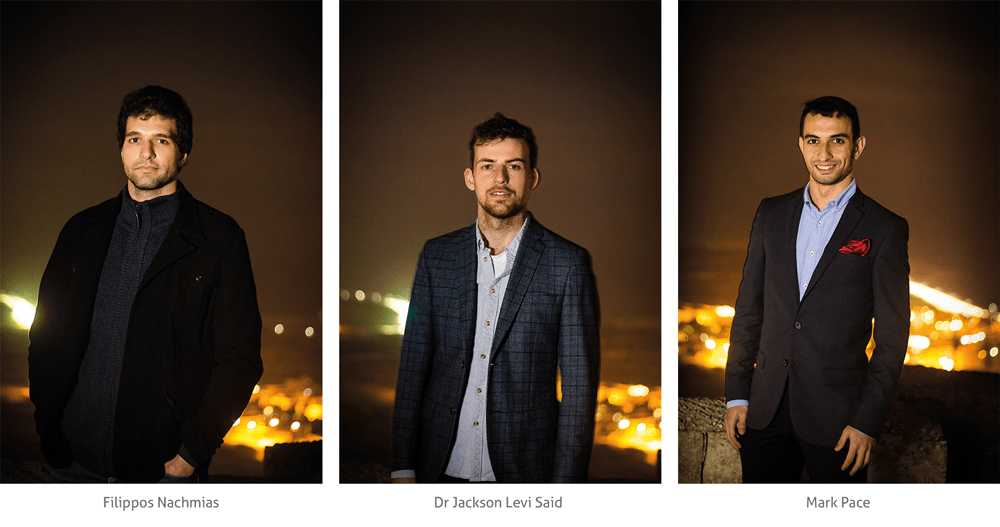 Einstein gave us the physics that makes GPS satellite systems possible, along with highly accurate clocks and lasers. His theories also have unprecedented correlation with data from the solar system and other star systems across the cosmos. General relativity is truly a remarkable theory of gravity, one that has withstood the battery of tests the last century bestowed. But more issues are rearing their heads, creating wrinkles in the perfect theory.

Looking out at the expanse of the Universe, we see planets, stars, and star systems. Look beyond that, and you see galaxies and galaxy clusters. Problems took shape when scientists noticed that if the observable mass in a galaxy were actually the only mass present, it would explode. For galaxies to make sense, the concept of ‘dark matter’ arose.

Dark matter is invisible, appearing in a one-to-five ratio, meaning that for every kilogram of visible matter there must exist five kilograms of dark matter. As the current understanding goes, this dark matter forms a web of interconnected elements which act as ‘seeds’ from which galaxies and galaxy clusters are born. So far, so good, right? But the matter gets more complicated when we look beyond galaxy clusters and take in the whole cosmos.

The observable Universe appears to be expanding at an accelerating rate. This idea opposes the notion that gravity is a solely attractive force. To account for this empirical fact, the theory of relativity had to be ‘fixed’ again, and thus the idea of ‘dark energy’ was introduced. This energy presents itself as a substance with constant density, which forces the Universe to expand like the air in a balloon. Right now, that is about as much as we know about dark energy, but what we can say for certain is that if this energy really does exist, then it makes up roughly 75% of the Universe.

“The idea that the Universe appears to be expanding at an accelerating rate opposes the notion that gravity is a solely attractive effect.”

These two unknown substances, dark matter and dark energy, may or may not exist. Research is being conducted as we speak with the aim of detecting them; however success is yet to be achieved. Nonetheless, these unknown materials represent a gap in Einstein’s model of gravity: a rather large gap of 95% in terms of energy.

Einstein himself worked on a number of alternatives to his general theory of relativity. He attempted to unify gravity with electromagnetism. This would see dark matter and dark energy somehow expressed through the same kind of mechanism while having different physical properties. Einstein died before he could find an answer to his questions, but he was not alone in this work. Any high profile physicist at the time had the same goal of finding a unifying theory. Einstein even spent the last decade of his life working on the unification of another part of physics— quantum physics, the field that governs the very small scales of the universe.

Today a whole community of people continues his work, modifying and perfecting his famous theory of gravity. Then there are those scientists who are truly alternative. Their theories come with completely original foundation rethinks. String theory and loop quantum gravity are good examples. However, they suffer from numerous problems such as not being testable. These theories do not predict anything that can be experimented on, making them rather impractical. 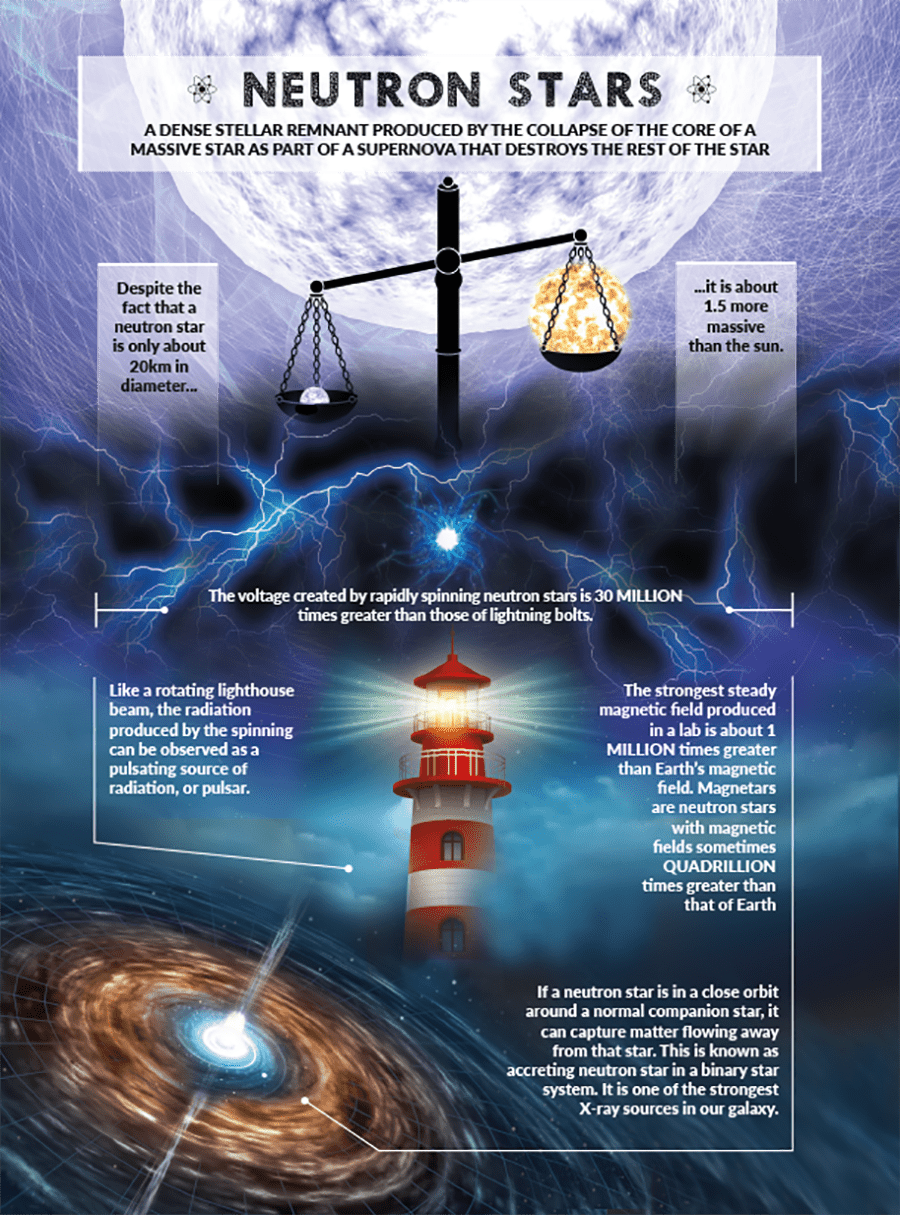 Our group from the Institute of Space Science and Astronomy [ISSA], UoM, has taken Einstein’s concept of torsional gravity as its starting point, an idea that came about when Einstein revisited the idea of curvature in spacetime. Einstein speculated that this curvature may be how gravity is comminuted between two masses in space. In torsional gravity, gravity is twisted as opposed to curved. With this concept, equations become much simpler and a kind of force comes back into play in the whole set-up that could shed some light on dark matter and dark energy.

Our focus right now lies with a particular problem within gravity: compact stars. Compact stars are behemoths, but not in size. First predicted by Walter Baade and Fritz Zwicky in 1934, they form when regular stars start to collapse and nuclear decay forces many of the subatomic particles to turn into neutrons, turning them into neutron stars. They may be just 10km in radius but they are so dense that gravity dominates them. A teaspoon of mass from a neutron star is equivalent to the mass of Mount Everest. In fact, while in most stars, gravitational collapse is opposed by outward pointing pressure and radiation forces, in neutron stars, collapse is prevented by the strong nuclear force. Even without nuclear reactions, the pressure inside the star is so immense that the inability of certain particles to be pushed any closer to each other keeps the star from collapsing into a black hole. There are tens of thousands of these sorts of stars. Each one is a great sample to test for strong field gravity, allowing us to test new ideas on them.

The ISSA’s (UoM) research is focused around the observable properties of these stars. The research is trying to predict behaviours in compact stars like maximum mass and radius. The maximum mass of neutron stars is the point which, if crossed, sees them continue their collapse unheeded, becoming either a black hole or some other star not yet known.

When we look at different theories of gravity, we find a number of choices which the theory cannot say any more about. These choices appear as ‘free parameters’ in the theory. What we really want to find out is whether or not there are constraints we can put on these parameters  by comparing these maxima with real observable stars. This way, we’ll be able to create a theory that can see the predicted results lined up and compared.

One of the results our group has found is that this torsional theory of gravity allows for larger stars depending on the particular values of the parameter set being considered. Looking at our catalogue of neutron stars, we see so many that only marginally fit within the bounds of general relativity. While this exhibits just how extreme neutron stars are, constantly testing the limits of theories, it also shows why we need alternative theories of gravity. There is clear tension here and it needs to be resolved. And the only way we can do this is through continuous observation.

And now for some quarks

Other stars that test these theories continuously—and that also fall within our work—are quarks. More exotic than their neutron counterparts and denser too, quarks have not been observed because they don’t have mechanisms that force them to act as beacons, as do neutron stars. There are no radio waves being emitted, therefore new ways need to be discovered through which the particles can be observed. What we do know is that, similar to neutron stars, quarks can also have larger maximum masses than their counterparts.

“When we look at different theories of gravity, we find a number of choices which the theory cannot say any more about.”

But why do we care about stars we have not even been able to observe? Quarks may be the link that explains how neutron stars become black holes. Quark stars’ central density is astounding. The equivalent would be the successful compression of all of humanity into a sugar cube, or squeezing the sun into a radius smaller than Malta.

Knowing the difference in the internal structure of these stars will allow us to improve our understanding of differentiations between different models of gravity. This, in turn, will see the gathering of more data that will hopefully lead us to a theory that works all the time and in all contexts, something that general relativity doesn’t offer without the use of two big provisos of dark matter and dark energy.

This journey all started with Newton trying to understand how the planets orbit the sun. Einstein completely revolutionised this work  to line it up with his special theory of relativity. Since then there have been an amazing number of observations, some of which have confirmed general relativity and others which have pointed us elsewhere. Think Einstein, think again.