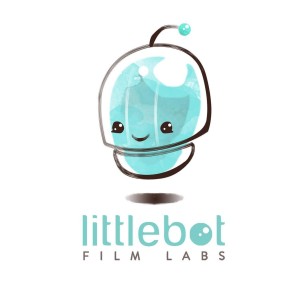 Do you speak ‘Dance’?

From professional globe-trotting performer to populist teacher, Cassi Camilleri speaks to dancer and choreographer Karolina Mielczarek about her mission to bring dance to the masses as a form of self-expression and communication.

There is something very special that happens when a child dances.

Their irreverence to rhythm, aesthetics, even balance, attracts an enthralled audience. Adults sit on the edge of their seat when a tiny human catches a tune and starts bopping to it, careless and free, a precious state they know all too well will become rarer as time crawls by.

But it doesn’t have to.

‘We dance from the moment we are born. It’s creative communication,’ explains performer, choreographer, and dance teacher Karolina Mielczarek. ‘But when we start speaking, this new linguistic ability takes over, and we stop paying attention to the body as a communicative tool. The ability seems to be lost over time.’

Through her project, Storytelling in Movement, Karolina wants to reverse this process.

Karolina’s movement classes are aimed at dancers and non-dancers alike. The philosophy that binds them is a will to express oneself through dance. Ultimately, the intention is to reconnect people to their bodies and emotions in a way that is positive and healing.

Karolina began dancing at a very young age. ‘My mother always wanted me to dance professionally. She said it would make life easier to deal with.’ Karolina’s mother enrolled her in classes at the National Ballet School in Łódź, Poland when she was just ten years old.

This kicked off Karolina’s global tour, a journey that harboured stops in Belgium, Portugal, Israel, and many more. She worked with a slew of renowned companies including Aveiro Dance Company, Cynada Dance Theatre, Rina Schenfeld Dance Theatre, and Clipa Theatre.

‘It was a very exciting time. I was meeting lots of different people and working with very talented dancers,’ Karolina remembers. But there was something missing, something she couldn’t quite pinpoint at the time. ‘With professional dance, you learn something, you perfect what you learn, and you repeat again,’ Karolina explains, emphasising the work’s drilling nature.

‘Of course, there is beauty there too, because when you do learn a piece of choreography and you execute it well, it gives you this big sense of satisfaction, which is amazing. But I felt that dance is more than just this,’ Karolina admits.

Karolina found validation for those instincts when she met the Polish dancer, choreographer and founder of Cynada Dance Theatre: Bozena Eltermann. Eltermann was a soloist of the Theatre of Expression, one of the forerunners of dance theatre in Poland during the 90s.

Edelman believed in a modern vision of dance that came from an awareness of one’s body and emotions. Her work has focused on self-explored movements that tap into the ‘unconscious’ mind, thus directly opposing more traditional, rigid styles of dancing such as ballet and jazz.

‘I was part of her group in Poland in 2013, and this was how I started shifting my perspective on movement and dancing. She was a very important person in my life,’ Karolina recalls.

Karolina moved forward with this understanding in search of something more ‘primal’, as she describes it. ’I wanted to find this dance [that] we dance when we are children; dance that doesn’t need teaching or showing, but something that comes from within.’

She found her first glimpse of it in Finland.

In 2019 Karolina travelled to Finland to give a series of workshops. ‘I wanted to play with the idea of free movement and experiment. And to be honest, I didn’t expect people to come. I thought maybe three people would show up. But we ended up with a class of 15.’

During those sessions, Karolina noted the interplay between conscious and unconscious thinking more clearly in her non-professional participants. ‘The classes I teach now are based on this idea. Playing with the two brings something more primal but also personal. Ugly, odd, more human. Because it’s not filtered by the rules and the aesthetics ballet and other dances usually have.’

One might assume that the next step after that would have been to jump into giving her own free-movement classes, but life is hardly ever linear and straightforward. ‘This wasn’t something I went into knowingly,’ Karolina emphasises, eager to communicate that the ideas she works with very much spring from gut feelings. ‘It was a very slow and gradual process. This is still fresh. This is still new, even now,’ she says.

Karolina’s next step was travelling to Malta to expand her knowledge of psychology and the performing arts at the University of Malta (UM).

Geography and heritage played a role in Karolina’s decision to move to Malta. ‘I wanted to live somewhere where the sun [often] shines and somewhere with elements of the primal: prehistory and the temples, the mother culture of the Maltese islands. It was all very important to me.’ The fact that the university is English speaking and part of the EU was also a big plus.

Karolina’s focus was on psychology and theatre studies. Both areas were very inspirational and impacted the birth of Storytelling in Movement. Otherwise, ‘the project would never be here,’ she says.

‘Learning about the psyche and the theories of Jung were a revelation to me. I learnt about the idea of the collective unconscious, and how we share common storytelling elements like archetypes. Perhaps this is where the storytelling part of the project came into play.’ This was also what led her to the learnings of Mary Whitehouse. As a Jungian psychoanalyst herself, Whitehouse translated Jungian psychology into dance, a practice she called authentic movement.

Karolina’s time at the UM also gave her a chance to perform on a number of occasions. She considers her last performance as the most impactful. Invited to the University’s School of Performing Arts’ 30th anniversary, she performed a piece aptly titled Farewell under the supervision of Dr Mario Frendo.

‘That performance was an experience of its own kind. Working with the other performers and Dr Frendo was very special. It has this conscious/unconscious element to it which I will never forget. I was wearing my wedding dress. And it was also me saying goodbye to that life and the people I studied with, and everyone I shared a life with for the past three years.’​

Today, Karolina has refined the teachings she has picked up along the way and is hosting Storytelling in Movement classes on a weekly basis at the University of Malta.

The classes start with a warm-up which helps participants connect to themselves, others, and the space they are dancing in. ‘It also helps to awaken the body and strengthen the connection between the body and the mind.’

Next, Karolina delves into movement techniques to improve physical expression. ‘Here we learn how to move, how to hold posture, how to be more in control of the way we move. I emphasise the use of sight. Moving the sight first and then the body.’

When the participants are ready to express themselves, she prompts them with a question which they seek answers to in movement.

The process involves exploring different movements, directions, and speeds, adding dimension and using the space consciously while also breaking everything down to come to an answer to the question they are trying to answer.

The results of these classes are already being seen, felt, and expressed. Karolina’s husband Rafael Mielczarek, who she credits as being instrumental to her journey and this project — ‘He is the biggest support I could only dream about,’ she says — documents the classes through photography. The class ends with a reflection process as participants share the answers they came up with during class.

This aspect is very important to Karolina. ‘It is beautiful for me so I can actually understand if these classes are beneficial beyond the physical. And so far, it seems that they are. One of the participants even uses them as therapy. She is very open in sharing the experiences she’s been through. She tells me that these sessions were a revelation to her, and that she is now finding her way through things and solving her problems.’

The benefit of dance as therapy has been Karolina’s biggest takeaway throughout her journey. Like her students, Karolina has learnt a lot about self-reliance. ‘I always thought I needed help to do many things. I always thought I needed more resources and more people. And while, of course, it’s helpful having others — and easier — sometimes you need to step up. If you need or want to start your own project, then you can just do it. You are the person you can rely on. You are enough to create anything that you want.’To find out more, go to www.storytellinginmovement.com or get in touch at: storytellinginmovement@gmail.com