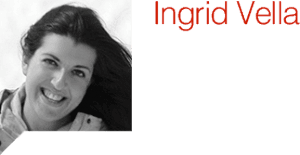 Ingrid Vella writes about her career in medical imaging and how she ended up with pictures of her kidneys.

From a young age, I have shared a passion for both engineering and medicine. I was intrigued by how stuff works: how a TV receives signals, how an aeroplane flies, how a bulb lights up, how humans move their arm. My father, a physics teacher, answered most of my questions but this only fuelled my curiosity to read for an Honours Degree in Electrical Engineering at the University of Malta. During my degree I spent one semester on an Erasmus exchange at the University of Nottingham.

In my final year project in Malta, I analysed ElectroEncephaloGraphy (EEG) data that can detect a person’s brain waves to decipher which limb they are trying to use, which is useful,  for example, to paralysed people who need to move a robotic arm. This study encouraged me to read for a Masters in Biomedical Engineering at Imperial College, London in 2011.

During my M.Sc., I worked on a research project in the Brain and Behaviour Lab at Imperial. The aim was to devise an objective and quantitative way to determine if a person had problems with movement. To this end, I recorded 300 hours of movement data using a motion capture suit, and analysed the similarities and differences in movement among healthy people against patients suffering from Parkinson’s Disease.

I am also working on a project using MagnetoEncephaloGraphy (MEG) aimed at creating a new way to image using this technology. MEG is a non-invasive technique that is typically used to measure the magnetic fields generated by the neuronal activity of the brain.

Since my colleagues and I need to test our research, it is inevitable that we volunteer as each other’s subjects. I enjoy taking part in my colleagues’ experiments, and I find that by participating in them, I learn more about their research projects. Thanks to these experiments, I have images of my brain, spine, and kidney, as well as a cool video of my heart pumping. I predict that by the end of my Ph.D., I would have gathered multiple images of all my organs! These are some strange benefits of embarking on a research career in medical imaging.