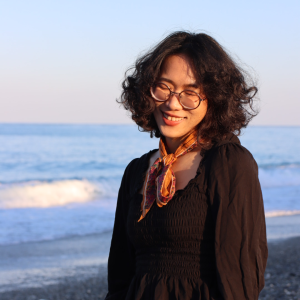 In the late eighteenth century, supernatural methods and folk medicine were popular among Maltese people. Lay healers used folk medicine to cure sickness and sorcerers used spells to solve problems for their clients. It might seem a bit odd or even ignorant, but these supernatural treatments were popular at that time due to restricted knowledge and the lack of official help.

We know about these types of ‘treatment’ in great detail thanks to Francis Ciappara, who in 1978, collected records of these treatments from Inquisition lawsuits. These supernatural methods are bizarre. At the same time, they are worth noticing as they provided us an insight into society’s attitude toward illness and treatment in the late eighteenth century.

One of the largest causes of treatment recorded was jaundice, a condition in which the skin and the whites of the eyes turn yellow. This is usually caused by underlying conditions and indicates a problem with the liver. Nowadays, jaundice is still a common disease among newborn children, but with advanced medical knowledge, we have a cure for the disease (without needing to resort to magic), and it is not as deadly as it was in the past. But how did people in the eighteenth century deal with jaundice? Lay healers in Malta had different ways of treating it. Pasquale Calafato, also known as Ciausat, became one of the most famous lay healers with his success in treating many jaundice patients.

Before treating his patients, Pasquale would test whether they contracted jaundice by skimming their chest with a flint. Once he ‘diagnosed’ the patients, he would proceed with his treatment, making the sign of cross and reciting the following charm five times:

In the meantime, he would put two pieces of candle on the patient’s forehead. One was blessed on Candlemas Day, while the other was used in church on Maundy Thursday (the fifth day of Holy Week, preceded by Holy Wednesday and followed by Good Friday). He would then fumigate the patient once every morning with blessed olive branches, incense, and candles. He made three crosses on the forearm, the knees, and the shin with the ashes, saying each time: ‘Jesus fili Maria San Giuseppe‘. The treatment would go on for days, depending on the gravity of the illness. At the end of the treatment, Pasquale would pass the flint over the patient’s chest again to determine whether he had successfully lifted the disease.

Does this kind of treatment really work for curing jaundice? Valenza Agius, a girl from Ħaż-Żebbug, was treated by Pasquale at the age of 10 with the method mentioned above. However, she was ill again nine years later. This time she treated herself the same way Pasquale had and successfully cured herself. After the self-treatment, she started healing people with jaundice. Valenza told her patients that they should have faith and recite the prayers with devotion while receiving her treatment.

Today, we know that the cause of jaundice is a high level of bilirubin, a yellow-orange bile pigment. It could be caused by hepatitis, gallstones, or tumours. At that time, however, it was widely believed that such illnesses were caused by witchcraft or the evil-eye rather than natural causes.

Evil-eye was not the only witchcraft that Maltese feared in the late eighteenth century. Magħmul, a kind of spell that used a lock of hair, nail-clippings, and clothes, was another magic people were wary of.

Some used magħmul to curse and take revenge. Anna Maria of Bormla wanted revenge on Margarita Schembri and her sister when they turned Anna Maria’s friend out of a house they owned. Anna Maria made magħmul with a lock of hair hanging from a nail. Margarita asked for Fr. Giovanni’s help to remove the spell. He threw the magħmul into the fire and read the Gospel over Margarita and her sister’s head. Convinced that he had purged the spell, Fr. Giovanni reassured Margarita and her sister. However, a series of misfortunes still plagued the family, first their brother, then Margarita, and her two daughters. Rumour was that the spell had worked and the family was cursed.

Sorcery was not only used to curse or to cure diseases; it was also used to reclaim lost loves. A Maltese woman was badly treated by her husband who abandoned her, but she wanted him back. A sorcerer promised to help her, and all he needed was the husband’s clothes and some salt. He collected all the materials and put a paper in the fire, upon which yellow letters appeared. Another woman in Valletta wanted to have her husband back and looked for help from a Turkish cobbler, who gave her a piece of paper to sew inside her husband’s dress.

Women were not the only ones that asked for help. Men also needed help to solve the problems caused by their sordid love affairs. A man from Rabat was having an affair with a married woman. When his wife found out, he sought the help of a Turkish slave. The Turk gave him a cane filled with salt to throw into the well of the house and instructed him to fumigate himself with some odoriferous matter and burn three pieces of his lover’s blouse.

Meanwhile, Giuseppe Chercop, obsessed with a young lady, decided to try his own type of magic, instead of seeking a Turkish slave’s help. He put some of his own sperm in a piece of bread just out of the oven and gave it to the lady to eat. It was, indeed, a potion made of love.

The late eighteenth century Malta was a strange world where sorcery had a great impact on people’s lives, from curing diseases to chasing love. These supernatural methods might seem bizarre, but they gave Maltese people some hope and comfort. And let’s be honest, being treated by folk medicine, putting curses on people that upset you, or using a potion to charm the one you love are super-natural-cool.